The NBA legend, who is often a critic of many things, popped up in Detroit and said what he thinks of both parties when it comes to the needs of African Americans 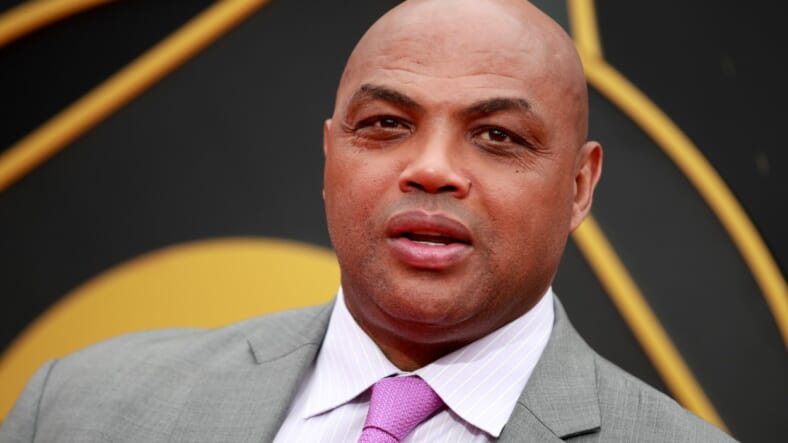 Charles Barkley, NBA Hall of Famer and sports analyst, once again became a recurrent political commentator on Tuesday and had plenty to say about the Democratic debate in Detroit.

Barkley visited the “spin room” and called out President Trump for offensive comments he made against four congresswomen of color whom Trump insulted with a “go back” quip, and soon after did the same with Rep. Elijah Cummings congressional district including Baltimore, calling it a “rodent infested mess,” according to Yahoo News.

“He says some things that can be construed as racist,” Barkley told Yahoo News, referring to Trump. “Some things he’s said are very wrong and flagrant.”

“I think all politicians take Black folks for granted. They talk to Black folks every four years and that’s about it … and then do nothing about it,” Barkley told Yahoo News. “Both parties suck in that aspect.”

Charles Barkley came into the spin room for a bit.
He likes Julián Castro.
Said both parties take black voters for granted. pic.twitter.com/Bxr8RUDUNU

Two years ago, Barkley took Democrats to task for neglecting to improve life scenarios for Black people. While campaigning for Doug Jones’s 2017 Senate race in Alabama, Barkley said Democrats need “to get off their ass and start making life better for Black folks and people who are poor.”

On Tuesday, Barkley said not much had changed.

“It’s an economic thing … and that’s what both parties have been neglecting, especially the Democratic Party,” Barkley said. “Every Black person I know has always voted Democratic and, with the exception of a few guys who can play sports, all those people are still poor.”

READ MORE: Charles Barkley gets booed off stage at Katy Perry Concert for insulting the Timberwolves

Barkley told Yahoo News he’s “leaning towards supporting” former HUD Secretary Julián Castro and also likes what he sees from South Bend, Ind., Mayor Pete Buttigieg. However, Barkley said he worries that Castro and Buttigieg won’t “get enough traction to be counted” and that the primary process sways voters “toward certain candidates.”

One disadvantage is the crowded field of candidates and the small time allotment for them to be seen on TV. Barkley, who works as an NBA analyst on TNT, which is part of WarnerMedia, took his network to task for not doing more to spotlight each of the candidates.

As Barkley gave his comments, WarnerMedia executive Jeff Zucker, who oversees both CNN and TNT’s sports programming, was within earshot.