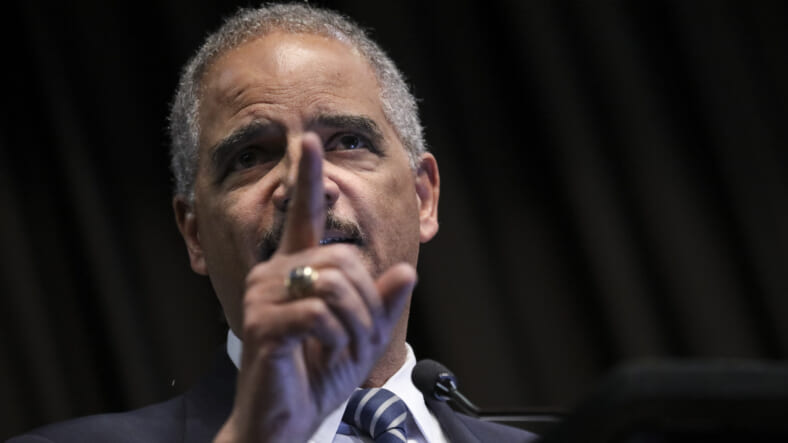 A lawsuit has been introduced in the state of Mississippi to overturn rules from the state’s 1890 constitution that prevent African-Americans from getting elected in office.

According to The Press Herald, the lawsuit is being championed by former attorney general Eric Holder, and would dismantle rules that require candidates to win over more than half of the popular vote, noting that more than half of Mississippi’s legislative districts are two-thirds white.

Holder, who is the country’s first Black attorney general, is doing this in an effort to help Black officials (such as U.S. Army colonel and civil rights lawyer, Jennifer Riley Collins) hold statewide positions. Collins would have the chance to become the state’s first Black attorney general. Mississippi hasn’t elected a Black person in a statewide position in over 130 years.

Based on current rules, an African-American candidate needs 55 percent of the popular vote to win a statewide position to overcome the “constitutional hurdle,” the suit says. The suit would also help the issue with voting rights in the sate as well.

“Our system was specifically designed to minimize the chances of an African-American being elected to statewide office in Mississippi,” says David Baria, Democratic House Minority Leader.

Holder filed the lawsuit against Republicans, Delbert Hosemann and Philip Gunn, the site reports. Hosemann is the secretary of state and Gunn is the speaker of the house. Both attorneys do not believe the claims are based off of “racial intent.”

“Neither the Speaker nor the Secretary wish to defend the motivations behind a law allegedly enacted with racial animus,” the response to the lawsuit stated. “However, both the allegations in the complaint and the timing of its filing demonstrate that this lawsuit is not about race, and it is not about vindicating alleged wrongs to plaintiffs’ rights to vote — it’s about partisan politics.”

Collins hopes the state will settle, since she would be one of the officials who would benefit from the decision.

“I think Mississippi is ready to move forward,” Collins said in an interview “We just have to make sure that barriers that were intentionally put in place to exclude or marginalize one community over another are torn down.”