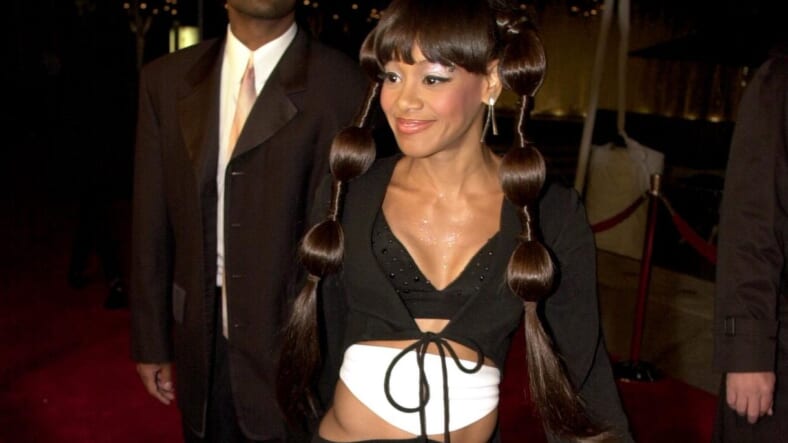 Fans are getting to know more about the life of the members of popular R&B group TLC.

While member Chilli is starring in a new reality show along with her musical co-star, Lil’ Kim and Mya, Girls Cruise, a play on rapper on Lisa “Left Eye” Lopes is currently being shown at Synchronicity Theatre in Atlanta.

The play, called 2 the Left: A Tribute to the Life of Lisa ‘Left Eye’ Lopes, stars actress Kerisse Hutchinson as the legendary artist in the one-woman show, according to WABE.

The play was also written by Hutchinson and was directed by Tom W. Jones II, The Atlanta Journal-Constitution reports.

2 The Left… focuses on the life and spiritual journey of Lopes spanning from the 90s as a member of TLC to last days on earth before her death in Honduras back in 2002.

The play, which took many years for Hutchinson to research before writing showcases “controversial moments” in her life such as the arson incident of her former boyfriend and   Atlanta Falcon’s player, Andre Rison’s house being burned down.

“I feel like if Lisa was still here, she would love to show her life through theater, Hutchinson This play really allowed me to delve into who she was, not just being a member of TLC, but really as a person,” Hutchinson said according to WABE. “Through my ten years of research, I became more intrigued with her as an artist and as a woman, than just with her music.”

Hutchinson makes it clear that the play is not biopic. It instead focuses on her who she was as a person and her legacy, while also focusing on her spiritual journey.

“She was very layered,” Hutchinson told AJC. “I could probably research her forever and find new things. I think she would be proud of this play. I think it is continuing her legacy. I want people to have a better understanding of who Lisa was, not just externally, but internally and spiritually.”

Read More: The death of Lisa ‘Left Eye’ Lopes 10 years later: She was our voice to the world

The play made its debut on stage on Aug. 1. It will be showing at the Synchronicity Theater for two weeks until Aug. 11.