High schooler who threatened to shoot Blacks in racist video, booted and charged

A student who made threats directed at Blacks in a social media video was kicked out of school and charged in the incident before he could do any harm, officials say 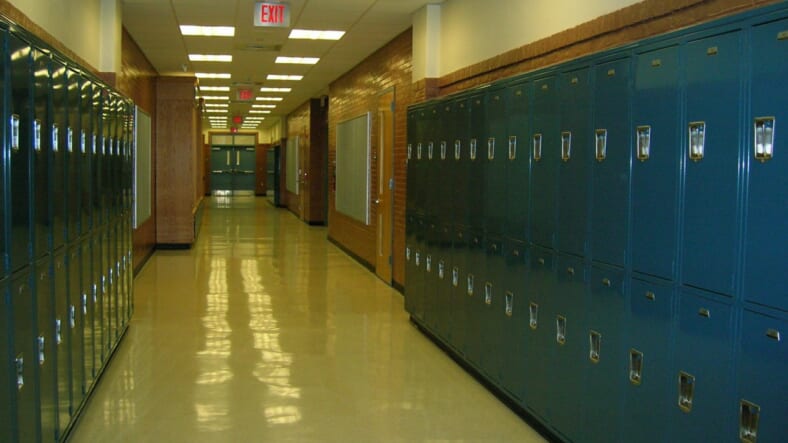 A 16-year old white student in South Carolina who made racist threats to Black classmates in an online video while brandishing a gun was expelled and is facing charges, authorities say.

Cardinal Newman School in Columbia, S.C. wasted no time curbing the student, who was not identified because he is a minor. He has been expelled and charged with student threats, according to the Richland County Sheriff’s Department. He was taken to the juvenile wing of Alvin S. Glenn Detention Center on July 17, according to the Greenville News.

In the since-deleted video that appeared on Twitter, the disturbed teen calls himself “a hater of all Black men” and fires a gun at a shoe box brand that he says is popular with Black Americans, which were Nike Air Jordans. He also stated that he hates Blacks because “they are stinky.”

The student was expelled on July 15 after a group text was discovered showing him shooting at the shoe box. Days later, additional videos and text messages emerged, saying he was “on his way to shoot up the school.”

In a letter to parents on Friday, principal Robert A. Loia said the student “was immediately dismissed and not permitted on school property.”‘

“The next few days may be challenging for Cardinal Newman School, so I ask your prayers for our students, teachers, staff and administration,” Loia wrote.

The letter, posted on the Cardinal Newman website, also noted that the school “does not condone or tolerate racist or threatening comments or behavior.”

Richland County Sheriff Leon Lott also noted: “We take all threats seriously. This is an example of how schools and law enforcement can work together to quickly address threats and perceived threats to schools and students.”

READ MORE: Six of the nine victims in Dayton, Ohio shooting were Black

Lott said that because the “videos were being distributed among students,” his department will work “very closely with the school to identify the students involved.”

The video was reportedly made in May, when school had let out for the summer. The teen allegedly threatened to shoot up the school during the break.