Simone Biles criticizes USA Gymnastics for failing to protect its athletes from sex abuse “You had one job!” 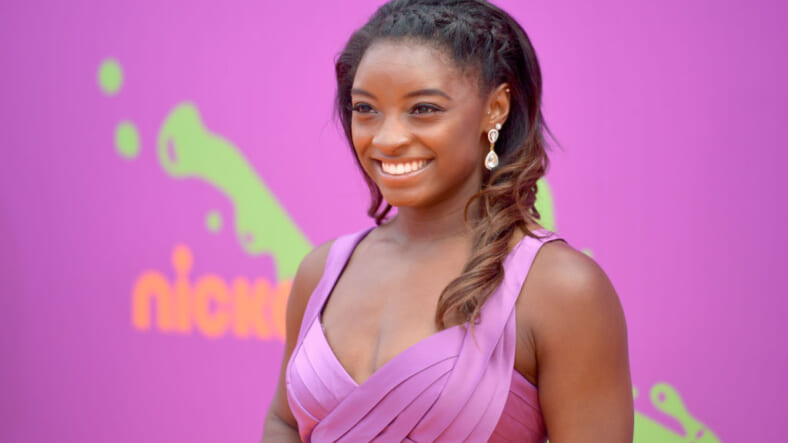 Simone Biles who was one of the many sex abuse victims of former USA Gymnastics doctor Larry Nassar got emotional and blasted the organization in a blistering criticism for failing to protect the girls under its tutelage.

“It’s not easy being out here,” Biles told CBS News. “I feel every day is a reminder of what I went through.”

“But it’s hard coming here for an organization having had them failed us so many times,” Biles said. “You had one job. You literally had one job and you couldn’t protect us.”

Olympic gold medalist Biles, was in Kansas City, Missouri, where she was competing for her sixth U.S. all-around title. But the sex abuse scandal and her personal experience still haunt her.

“It just breaks my heart to read it or to see it,” she said about the scandal. “So I just try to focus on my job, do what I’m supposed to, come out, compete, do what I love, and at the end of the day we just see.”

The disgraced former USA gymnastics doctor who pleaded guilty to molesting young athletes was sentenced to 40 to 175 years in prison.

Many of Nassar’s victims were teenagers at the time of the abuse. Some were Olympians, and some were even gold medalists. Several criticized USA Gymnastics and Michigan State University for not taking action when they reported Nassar.

In a statement to NBC News, USA Gymnastics President and CEO Li Li Leung responded to Biles comments and said the organization is working its way back to gain the trust of its athletes.

“Simone Biles is undoubtedly the best gymnast in the world and possibly of all time. She is an outstanding representative for gymnastics and the United States,” Leung said. “We will continue to work hard to demonstrate to Simone and all of our athletes, members, community, and fans that we are working to foster a safe, positive and encouraging environment where athlete voices are heard.”