“I definitely think it’s the future of women’s tennis. I’m really excited to just be a fan girl and kind of watch," Williams said Friday in a post-game interview. 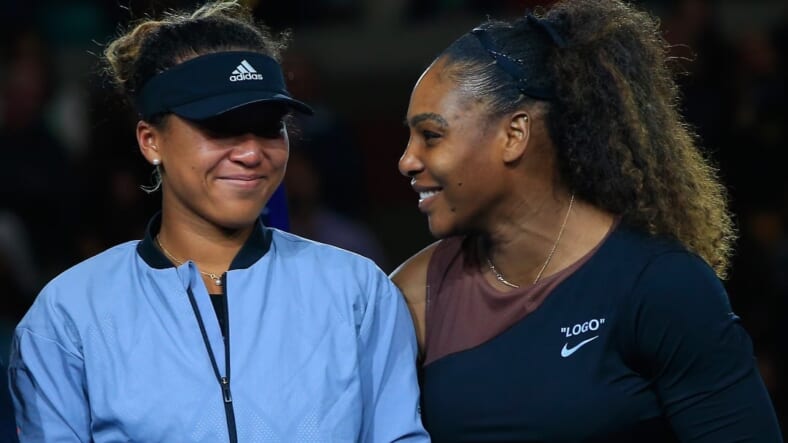 Serena Williams (R) of the United States comforts Naomi Osaka (L) of Japan after Osaka won the Women's Singles finals match on Day Thirteen of the 2018 US Open at the USTA Billie Jean King National Tennis Center on September 8, 2018 in the Flushing neighborhood of the Queens borough of New York City. (Photo by Chris Trotman/Getty Images for USTA)

Tennis queen Serena Williams will go from the court to court-side, as she prepares to take a seat at Saturday’s U.S. Open to watch Coco Gauff and Naomi Osaka go head to head in the marquee match.

Williams, who beat out Karolina Muchova Friday night, said the match between 21-year-old Osaka and 15-year-old Gauff is the “future of women’s tennis.”

“I definitely think it’s the future of women’s tennis. I’m really excited to just be a fan girl and kind of watch,” Williams, 37, said Friday in a post-game interview.

Up next, a match we can’t WAIT to watch.

Osaka defeated Williams in the 2018 U.S. Open final for her first career Grand Slam title. Williams also opened up about her thoughts on Saturday’s U.S. open between the up-and-coming, Black tennis phenoms.

“I think it’s super exciting tennis. Coco is obviously much, much younger than Naomi, if you could say that, because Naomi is incredibly young [too]. But it’s shocking to say that Coco is about six years younger,” Williams said in an interview, according to the New York Post.

She continued, “I think she’s really pretty cool. I love her excitement on the court. I don’t know what everyone else thinks. I can only tell you what I think. I’m a big fan of hers. I have said that since Day One. I love her parents. I think she has a good family, and I think it starts there. It makes for a great athlete and a great person. I think anyone at 15 playing like that, people are going to be drawn to them. I think that’s pretty awesome.”

Williams on Sunday is set to face Petra Martic in the fourth round. The tennis icon and mother of one is now four wins away from making history and snagging her 24th career Grand Slam title.

Good luck to all the ladies in this weekend matches. #BlackGirlMagic