The podcast, "expediTIously," is set to spark meaningful conversation with other celebrities and influencers like his wife Tameka "Tiny" Harris, LL Cool J, Ice Cube, and more. 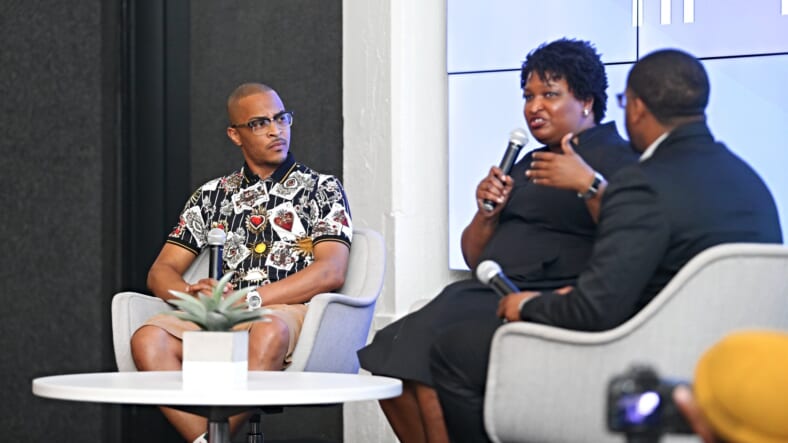 Rapper T.I. is not known for mincing words. Now, he plans to broadcast his thoughts in a new podcast series, expediTIously, which is slated debut in September.

With the growing influence of social media commentary, many hip hop artists have found themselves doing more than making music. Many are also commentators on any and every subject. T.I. is no exception, and the Grammy-nominated rapper told PEOPLE he wants to take things to the next level.

In a new deal with PodcastOne, the rapper plans to bridge the gap on a range perspectives and shed light on important social topics. The series is set to spark meaningful conversation with other celebrities and influencers like his wife Tameka “Tiny” Harris, LL Cool J, Ice Cube, and more, he told the celebrity publication.

“I’m becoming more and more known for my opinions,” he said. “I looked at my interactions on social media and realized that that platform wasn’t robust enough to flush out my ideas. In order to give those ideas a fair chance to breathe, I think my opinion requires a little more time and dialogue.”

With his new podcast, T.I. said he hoped people would get a better feel for his diversity of thought, but more importantly he wants to have a positive affect on this generation.

“Information was meant to be shared for the greater good to push the generation and the culture forward,” T.I. said. “What good does it do me to be informed if I am not willing to inform those who are uninformed? We sit down and have stimulating dialogues and conversations with people who have different perspectives, that directly affect the generation and the culture.”

Listeners can now subscribe to expediTIously on Apple Podcasts or PodcastOne. New episodes will drop every Thursday, beginning Sept. 5.