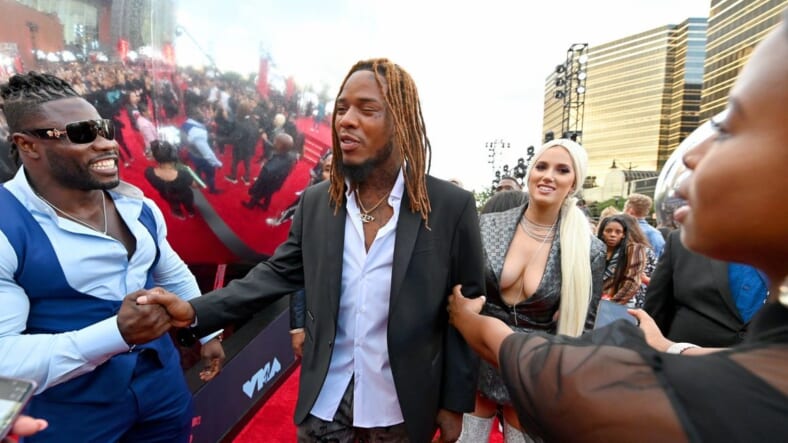 Fetty Wap has been released from a Las Vegas jail following his arrest for reportedly serving a vicious beat down on a valet at the Mirage Hotel and Casino on Sunday.

A staffer from the hotel made a citizen’s arrest after the 28-year-old rapper — whose real name is Willie Maxwell II — allegedly punched a valet three times following a heated argument.

Fetty, best known for his 2014 hit “Trap Queen,” was held by the hotel employee until police arrived, and he was then taken into custody, TMZ reports. He was booked for three counts of misdemeanor battery, one charge for each of the punches he’s said to have landed. He was released several hours after his arrest but will have to soon appear in court.

This is the latest run-in with the law for the New Jersey native. In June, a woman he met on a music video shoot filed a police report alleging Fetty touched her inappropriately at a party in the Hollywood Hills, according to TMZ.

A video emerged in which a woman can be heard accusing Fetty of violating her, he then smacks the phone out of her hand. The conflict was over other women the rapper had invited to the Airbnb rental used to host the party.

The alleged victim subsequently filed a report but the hip-hop star has yet to be charged with a crime for the alleged assault as the Los Angeles Police Department are said to still be investigating the incident.

Back in 2018, Fetty appeared in a Brooklyn Criminal Court to pay fines related to a drunk driving case, for which he was charged with drunk and reckless driving, felony reckless endangerment and speeding, according to the New York Daily News.

He justified his drunk driving journey back in November 2017, saying: “I would never put people in danger. It was 2 o’ clock in the morning. There wasn’t no cars behind us. You live in New York — you’d know that.”