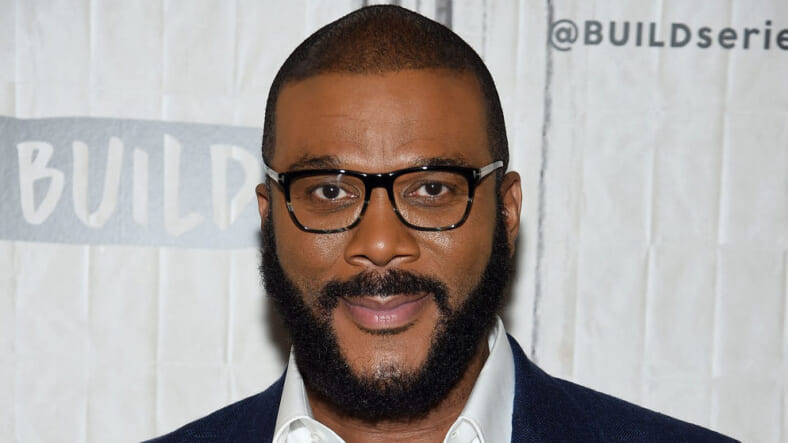 Tyler Perry is known for his charitable giving in the Atlanta community, but this time he’s focused on helping the Bahamas after Hurricane Dorian tore across the island.

Perry took to social media to offer up his pledge and commitment to help the Bahamas rebuild, vowing: “as soon as I can, I will be there to do whatever I can to help you rebuild stronger and better.”

Perry joins a chorus of the celebs like Rihanna who are on a mission to do what they can to help the people and the country to recuperate from “catastrophic damage” from the hurricane, The AJC reports.

The airport is underwater.

Red Cross spokesman Matthew Cochrane said more than 13,000 houses, or about 45% of the homes in Grand Bahama and Abaco, were believed to have been severely damaged or destroyed.

U.N. officials said more than 60,000 people on the hard-hit islands will need food, and the Red Cross said some 62,000 will need clean drinking water.

—Deadly Hurricane Dorian parks itself over the Bahamas—

“We are in the midst of one of the greatest national crises in our country’s history,” Prime Minister Hubert Minnis said at a news conference. “No effort or resources will be held back.”

In some parts of Abaco, “you cannot tell the difference as to the beginning of the street versus where the ocean begins,” Minnis said. According to the Nassau Guardian, he called it “probably the most sad and worst day of my life to address the Bahamian people.”

Perry, who reportedly owns a home on the island, offered words of encouragement.

“You’re not only in my heart and my prayers, you’re in my blood,” he wrote. “God bless you. Stay Bahamas strong. The sun will shine again.”