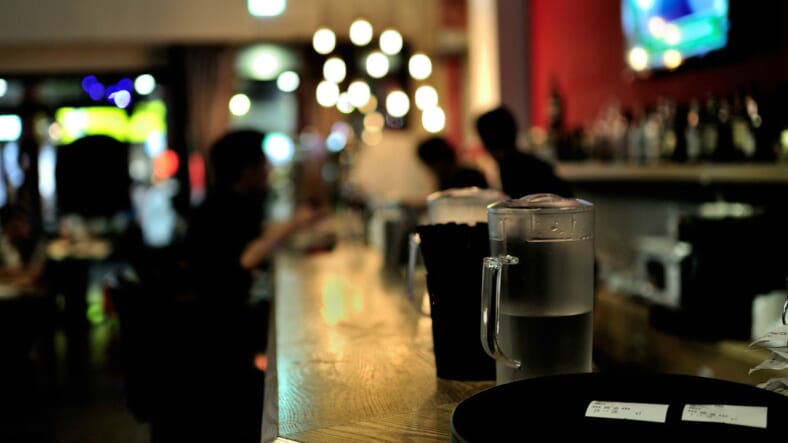 Many people are criticizing a new dress code enforced by a Sacramento, Calif., bar that is accused of targeting African-Americans and whose critics consider it a “Modern Day ‘WHITES ONLY SIGN.’ “

The popular Barwest recently posted a new dress code that lists certain clothing such as sports wear “gang colors,” chains, grills, baggy clothes and track pants that should not be permitted after 10 p.m. in the midtown area bar, according to Yahoo.

While people say they are used to Sacramento bars banning certain types of shoes, they believe Barwest, which is known for its “burgers, wings and nightlife.” is addressing a certain group of people, CBS Sacramento reports.

“I’m just trying to figure out, who they’re trying not to have come to their establishment,” Charlene Bruce told the station. “Just say that.”

Bruce said she was shocked when she saw the sign when she was eating at a place next door to Barwest.

She told the outlet that the Black Lives Matter chapter used to hold meetings at the bar every week. She said she also spoke to Barwest management about serving people of color in the vicinity as well.

“How could they be taking steps backward was my first reaction,” Lewis told the station. “Like I said, I’m not surprised. It’s very much indicative of the midtown experience.”

While there are many people condemning the restaurant’s dress code decision, there are still some who justify the new rules.

“If they want to keep a certain vibe and image, they have the right to do that,” a patron said. “And if someone wants to wear joggers, they can go somewhere else.”

Barwest managers did not respond to media requests for comment.