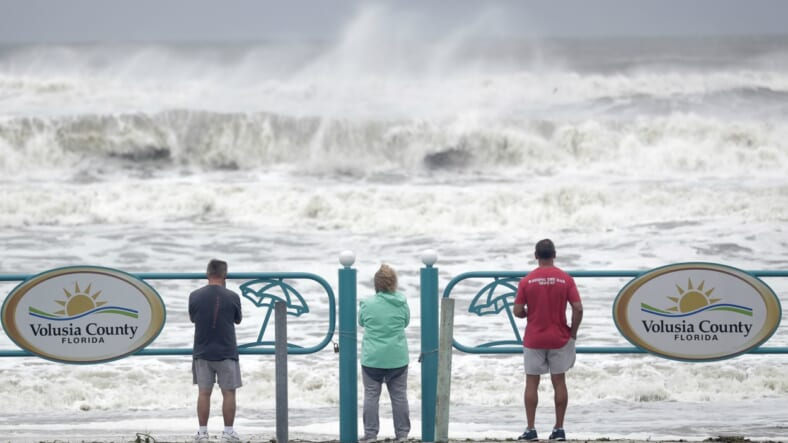 On Tuesday, more than a dozen bricks of cocaine washed onto the shores of two Florida beaches, by way of winds supplied by Hurricane Dorian, police said.

At around 8 a.m. on Tuesday, Sept. 3, a Melbourne police officer on patrol was flagged by a beach-goer that something suspicious appeared to have washed ashore, according to police reports.

A spokeswoman for Melbourne police revealed that, upon further inspection, the officer found a package “wrapped in a way that was consistent with narcotics,” NBC News reported. Upon being tested, it was determined that the brick was actually a kilo of cocaine. The spokesperson also noted that the drugs would be destroyed.

Over in Cocoa Beach about 20 miles north, police were also alerted of duffel bag that had washed on to shore. Inside, 15 bricks of cocaine were found, said Sgt. Manny Hernandez told reporters. In the Cenntral Florida area, one kilogram of cocaine is estimated to be valued at around $20,000 to $30,000, he said. The duffel bag has since been turned over to the U.S. Customs and Border Protection, Hernandez said.

The Bahamas has struggled for years with fighting the illegal drug trade. Its close proximity to Florida has been used by drug dealers to ship drugs from South America to the Caribbean and finally to the states. In June, $1 billion worth of cocaine was seized on a ship that docked in Philadelphia whose last port of call had been in the island nation, according to NBC News.

On Tuesday night, after causing tremendous damage in the Bahamas, the then-Category 5 Hurricane Dorian began lashing the east coast of central Florida, prompting severe hurricane warnings for coastal Florida it proceeded up the U.S. east coast before making landfall along Cape Hatteras, N.C. as a Category 1 storm, Friday morning.