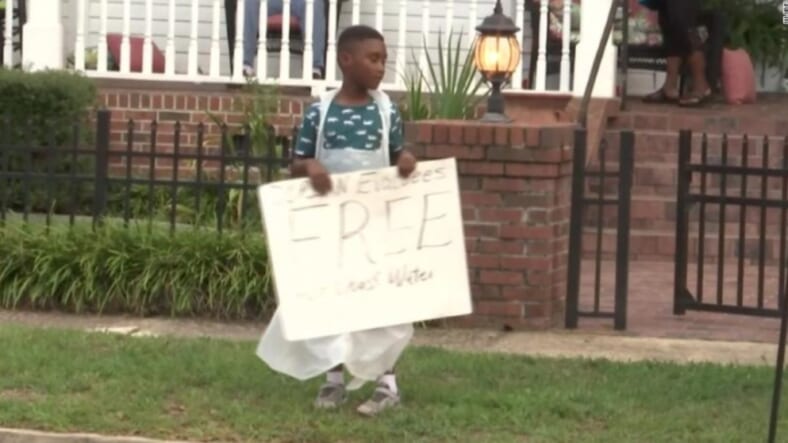 Jermaine Bell went viral after his mother shared a post about his desire to use money he was saving for a trip to Disney World to feed Hurricane Dorian evacuees. (ABC13)

A kind-hearted six-year-old in South Carolina was saving up his chore money to hopefully one day soon make it to Disney World when he had another idea.

Jermaine Bell decided to use his coins for a good cause and bought hot dogs, chips and water to feed the dozens of evacuees affected by Hurricane Dorian who were heading north to dodge its destructive path.

Bell held handmade signs to advertise his free food giveaway as people passed by him enroute to higher ground.

“The people that are traveling to go to places, I wanted them to have some food to eat, so they can enjoy the ride to the place that they’re going to stay at,” he told WJBF.

“I wanted to be generous and live to give,” he added.

“He actually even prayed for a family while they were here in reference to their house being okay when they got back, so that was really tear dropping,” said Jermaine’s grandmother Aretha Grant to reporters.

The first-grader was praised as a good little guy on Facebook when his mom Lauren posted about his charitable good deed.

Let’s hope the little prince soon gets his wish.