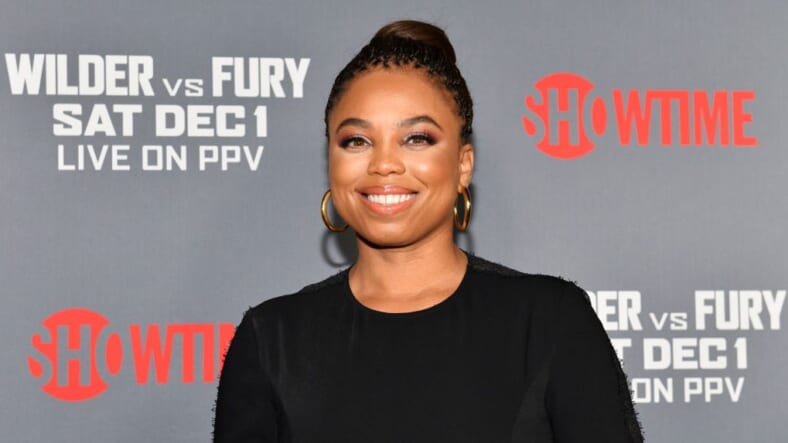 The Atlantic writer Jemele Hill has sparked outrage after urging African-American athletes to turn away from predominantly white colleges in favor of Historically Black Colleges and Universities (HBCUs).

In her inaugural article for the magazine, Hill wrote that major universities like Michigan, Alabama, and Miami are fueling their fortunes on the backs of Black athletes, while HBCUs continue to have financial troubles.

“Black athletes have attracted money and attention to the predominantly white universities that showcase them,” she points out. “Meanwhile, Black colleges are struggling. Alabama’s athletic department generated $174 million in the 2016–17 school year, whereas the HBCU that generated the most money from athletics that year, Prairie View A&M, brought in less than $18 million.”

HBCUs have long provided large numbers of African-Americans a college education particularly during an age of widespread segregation. But the former ESPN host argues in her article recently, several on these schools have suffered in both their athletic departments and in terms of overall endowment.

Very proud that my first magazine piece for @TheAtlantic is appearing in the October issue. Been working on it for some time. Here it is —> Why Black Athletes Need to Leave White Colleges https://t.co/orCDWF8UkT

She argues further that the flight of Black athletes to predominately white institutions has been harmful to HBCUs. Grambling State University, for example had a 57 percent decrease in state funding, hindering the development of their football facilities. HBCUs like this are unable to attract top-notch athletes to compete with the programs at PWI schools.

“If promising black student athletes chose to attend HBCUs in greater numbers, they would, at a minimum, bring some welcome attention and money to beleaguered black colleges, which invested in black people when there was no athletic profit to reap,” she writes. “More revolutionarily, perhaps they could disrupt the reign of an “amateur” sports system that uses the labor of black folks to make white folks rich.”

While many found her arguments sound, other slammed her remarks for being racist and advocating pro-segregationist ideals.

Nothing to see here just Jemele Hill advocating for segregation. This is literally racist. https://t.co/YXCBPECDey

But Hill appears to be taking the reverse racism allegations in stride posting on Instagram, “Very proud that my first magazine piece for @TheAtlantic is appearing in the October issue. Been working on it for some time.”