Is Fantasia right about modern women needing to “submit”?

OPINION: Fantasia's perspective on what a woman's lane is in a relationship can be challenged, to say the least, but there are things she got both right and wrong 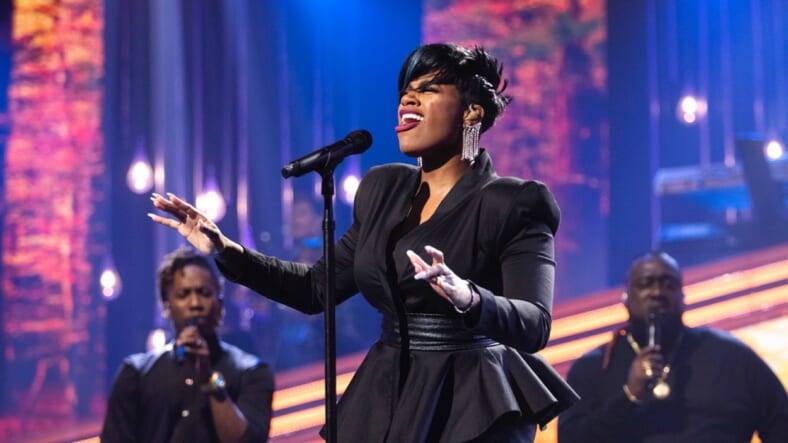 There is nobody on the planet who could say with a straight face that Fantasia Barrino isn’t talented. Her voice quite literally speaks for itself. But when it comes to relationships, the singer has endured more dramas than we can keep count.

That’s why when I got wind that the 2004 American Idol winner was out here giving relationship advice on The Breakfast Club — I was hesitant.

This week Fantasia appeared on the popular radio show to chat about her new music, her new lease on life and her new man. But when she opined that modern women needed to do a better job at yielding to their partners, you could almost hear the record skip in the room.

“Most women are trying to be the leader. That’s why you can’t find a man,” she explained to co-hosts DJ Envy and Angela Yee. “You can’t be the king in the house. Fall back and be the queen and let your man lead the way.”

She also added that when a woman attempts to be the leader in her household it creates conflicts because it goes against the natural order of things, stating, “That’s why we bump heads. I feel like it’s a generational thing. We can go real deep on that, but it’s a generational curse and how society have placed our men and women have to stand up and be the mother and the father.”

But the clincher occurred when she went on to fault overly independent women for coming across as too masculine during the courtship process.

“You have to find how to submit,” she declared boldly. “You can still be a queen,” she added. “The queen plays a part. The king needs his queen. There’s certain things that he can’t see that we see.”

The Breakfast Club is very regularly in the crosshairs of Black Twitter and at this point in the interview you could visibly see that the seasoned hosts knew how this soundbite was going to come off once it hit the internet. To their credit, despite co-host Charlamagne Tha God’s absence, they did their best to play devil’s advocate.

But as expected, out of the whole interview, this one clip is what got all the attention.

However, rather than knock Fantasia for what some would say was an overly simplified assessment of Black womanhood, I think it would be more constructive to unpack what she got wrong, and also what she got right.

What she got right

Let’s start off positive with what she got right. As the old adage goes, “Even a broken clock is right twice a day.” Which in translation means, no one is always wrong. Even the most un-evolved person you know is going to have that rare moment when they drop a gem that actually makes sense.

So even as a womanist, to act as if everything that Fantasia said is totally off base would be intellectually dishonest.

When the 35-year-old points out that women have generationally been put in scenarios where they had to be the men of their houses and have subsequently become so hardened by those survival tactics that they forget how to be soft when a good man comes around — sis, let’s be honest. We all know that’s actually true.

How many of us have good girlfriends who are so obsessed with being a “boss ass chick” that they unwittingly come off combative and adversarial whenever they are attempting to forge a romantic relationship?

If you are reading this and thinking you’ve never met a single woman who acts like this, either you’re lying to yourself or you need to get out more, because it’s a pretty common pitfall that even I have found myself slipping into in the past.

Black women are constantly under attack, yes at times even at the hands of the very men who purport to want to be our kings. Like any abused group, when you’re raw and tender from violation, it puts you in a space of fear and defensiveness that makes it hard for even a well meaning suitor to break though your shell. Unfortunately, that really can cause conflict in the home thats all steeped around unhealthy power struggles.

In fact, when Tamar Braxton’s Nigerian boo David Adefeso wrote about their relationship on Instagram a few months back, he was super candid about how the singer’s unresolved traumas caused her to have a wall up that he very patiently had to work at bringing down in order for them to have the beautiful relationship they are in now.

From what Fantasia shared during her sit down, it sounds like she had a similar experience. So woman-to-woman, not only do I not fault her for sharing that, I actually hope sisters who are still in that head space saw themselves in her story and are inspired to re-assess how they show up in their love lives as well.

But er uh… after that.. the rest of the conversation goes down a slippery slope where addressing pain somehow turns into telling people to relinquish their power to their men. Whether she meant to phrase it like that or not…. Issa NO.

What she got wrong

The major thing off about Fantasia’s advice is she conflates needing to let your guard down, with needing to surrender your power to your partner. To be clear, the two are not one in the same.

I say this with the knowledge that the singer is a devout Christian and that her faith very directly is responsible for her need to use the word “submit,” a sticking point for many modern day Christian women who want to do right by Christ but are all too aware of how dangerous that word can be when left in the hands of the wrong man.

Submission has often been used as an excuse for abuse, exploitation and misogyny in our community. Even as a biblical reference it is not one you can utter casually in a room of educated sisters without ruffling some feathers.

And as is the norm with this conversation, sis also used that tired old adage about how the King is the head of the household but the Queen is the neck. As a child I used to hate that saying because my first thought was always, “I don’t want to turn anyone else’s head, I can turn my own.”

Even now, that mindset of how the Queen is only a sidekick in her own household is why I sometimes refer to myself as a King, even though I very deeply believe in the sanctity of marriage. If you’ll note, a lot of women, who still believe in family and partnership, sometimes refer to themselves as King for the same reason, most notable of which being Beyonce.

What we can take away from all this

Tell women submit to their need to be held and to be supple. Tell them to stop letting people — themselves included — use that “strong Black woman” moniker as an excuse to deprive them of the same softness and compassion they give everyone else.

While you’re at it, remind Black men, even the good ones, that a woman shouldn’t have to submit to him and his ego in order to be loved, respected or cherished.

Because the truth is, the same women who Fantasia — perhaps unintentionally — chastised for being too masculine in their households, are also the ones pounding the pavement and fighting the good fight so that the rest of us even have the luxury to sit around in radio studios blaming them for not being able to find a good man.

When in reality, some of our best and brightest sisters, even the ones who do submit, are often discarded and displaced by brothers who’d rather have a white (or racially ambiguous) chick on their arm as some sort of trophy. And when these women get chosen instead of us, they often get to be as “spicy” and non cooperative as they please without anyone saying a word to them about it cause they “bad”.

Basically, there’s levels to why Black women sometimes find it hard to find true partnership, but blaming it entirely on us ain’t the move.