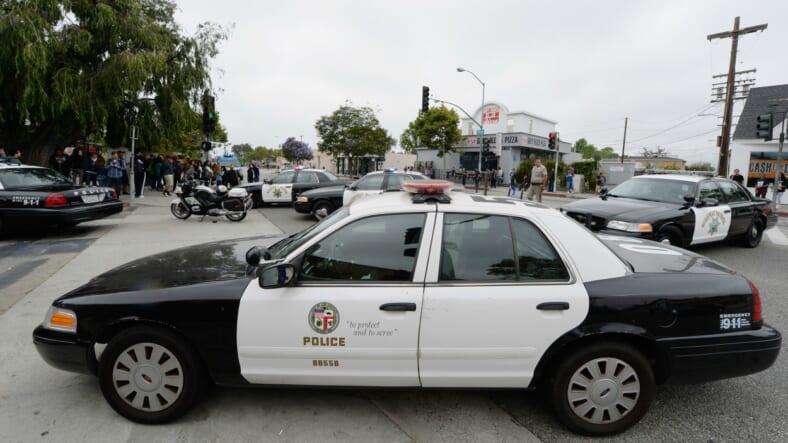 The Los Angeles Police Commission ruled that an officer’s use of lethal force against an unarmed Black man at a 24 Hour Fitness gym facility in Hollywood last year was in fact a violation of department policy.

According to The Los Angeles Times, on Tuesday, the commission announced its decision which was the complete opposite of LAPD Police Chief Michel Moore‘s previous determination that the October 2018 shooting was justified.

The commission ruled in a 4-0 vote that had the officers responded reasonably they would have first de-escalated the situation by retreating and calling for back up rather than opting to apprehend the suspect, Albert Ramon Dorsey, themselves.

Moore conceded to this point of contention, writing in his report: “By not observing the warning signs of a potentially violent suspect, the officers acted too quickly and placed themselves at a tactical disadvantage during the incident.”

According to the official report, instead of deescalation, the officers involved, Edward Agdeppa and his unnamed partner, chose to fire their tasers at Dorsey after failing to handcuff him. A struggle then ensued resulting with Agdeppa firing at the suspect, who at the time was straddling his partner and repeatedly punching her in the face.

The 30-year-old was shot several times, killing him.

Local station KTLA reports the incident occurred on Oct. 29, 2018, but Dorsey had been involved in incidents at the facility the two prior days as well, police say. On Oct. 27, a sexual battery was reported at the gym and Dorsey was identified as the suspect. On Oct. 28 he had attacked a security guard at the gym and another at L.A. Memorial Coliseum, according to LAPD Capt. Patricia Sandoval.

READ MORE: Former Miss Black Texas is suing the city of Dallas and its former police chief for wrongful arrest

The next day, Dorsey was released from jail but returned to the gym. Authorities were called to the gym with complaints about a naked man in a closed off shower area who was refusing to leave the premises. Employees said the suspect had threatened them and assaulted the on-duty security guard at the facility.

Officers, one of whom was Agdeppa, order him to put his clothes on and a verbal exchange begins between them leading to a physical confrontation. Body cameras fell off during the fight. Audio details gunshots being fired in the shower room.

Authorities say the female officer was left with bruises on her face and Agdeppa suffering a fractured nose. Agdeppa maintains that he fired at Dorsey to prevent his partner from being hurt or even killed, explaining, “If I even waited any longer, that next punch could have been the deadly one.”

“The department seeks to resolve instances peacefully without having to resort to force,” the police chief said Tuesday. “We look to hire people of the highest character and capability and the ability to be problem solvers and to negotiate and work their way through difficult circumstances … And when mistakes are made, there are consequences.”