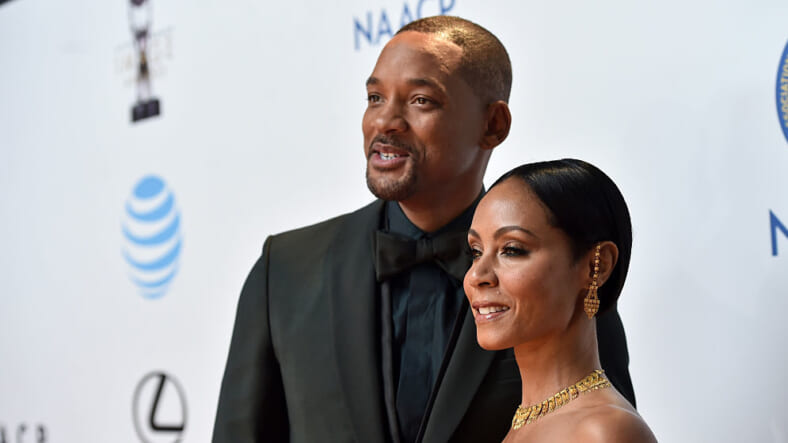 In the season premiere of Jada Pinkett Smith‘s Red Table Talk, she confronts her husband Will Smith about his drinking habits in a moment that catches the blockbuster star off guard.

“How often are you drinking alcohol?” Jada asks Will during the episode.

“That’s my personal business…I respect that it’s your show, but at the end of the day it’s a house we share,” Will responds.

The question is asked as the Smiths are joined at the Red Table by Trey, Jaden, and Willow in what is being billed as an “emergency episode” that was called by Mr. Smith.

In the Entertainment Tonight exclusive, the group gives Will some of their thoughts about his drinking at Jaden’s 21st birthday party in July.

In his own Facebook Watch series, Bucket List, Smith opened up about his alcohol abuse when he trained for a marathon in March.

“I think of all the bucket lists, this is the one I’m most concerned about. Like, in my deepest honesty with myself, I really am not sure if I can run 13 miles,” Will said. “Being this far out of shape is kind of a little bit new for me. I didn’t drink for over a decade.”

In a previous episode of Red Table Talk, Jada detailed addiction issues in her family and how sobriety has been a goal of hers.

“Alcoholism and drug addiction runs through my family and I’ve had my own addiction that I’ve had to get over,” she said. “It’s just made me realize that really great people just get caught up.”

Jada would also detail that she realized her own issue when she was at home by herself one night.

“I remember reaching a rock bottom that time I was in the house by myself and I had those two bottles of wine and was going for the third bottle,” Jada said. “And I was like, ‘Now hold up. You’re in this house by yourself going onto your third bottle of wine? You might have a problem.’”