The former auto worker, who founded Motown Records in 1959 with a loan and a prayer, has decided to step down from the company that transformed American culture 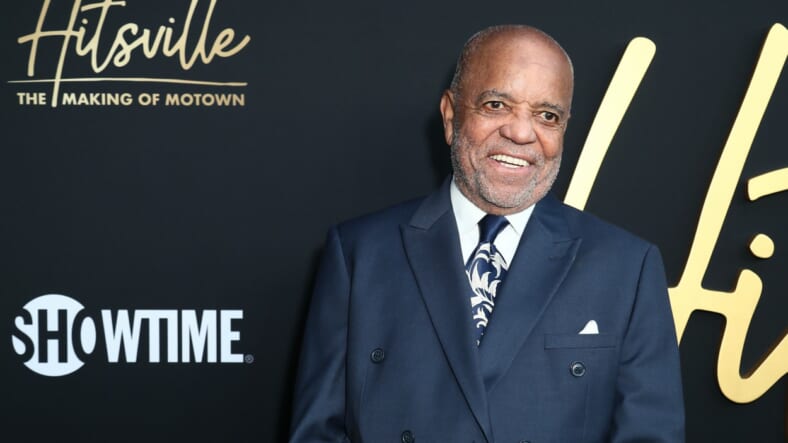 Barry Gordy attends the Premiere Of Showtime’s “Hitsville: The Making Of Motown” at Harmony Gold on August 08, 2019 in Los Angeles, California. (Photo by Leon Bennett/Getty Images)

Six decades after building Motown Records, one of the most important musical institutions in American history, Berry Gordy announced Sunday that he will be retiring.

Gordy, who once worked in an auto plant, started his company in 1959 in Detroit with an $800 loan and built it into a music, film and television giant. His venture went on to produce some of the nation’s most treasured musical icons including Stevie Wonder, The Jackson 5, Marvin Gaye, The Temptations, and Diana Ross & the Supremes.

“I have come full circle,” Gordy said onstage during the Motown 60th anniversary event, one of several held this year to celebrate the company. “It is only appropriate (to announce this) while here in Detroit, the city where my fairy tale happened with all of you.”

Gordy sold the label in 1988, followed by the song-publishing division, but recently contributed to the Motown legacy with a Broadway musical and a Showtime documentary, according to the Detroit Free Press.

Gordy, who turns 90 in December, said he is just now understanding the love given to him and the legacy of Motown. “I was too busy to understand it, to appreciate it,” he shared.

Gordy also has been active in the $50 million expansion campaign of the Motown Museum, which is based in the house he purchased for his artists to record their music, which he called “Hitsville U.S.A.” The campaign includes a $4 million donation of his own.

He took part in the groundbreaking, where he was joined by Michigan Gov. Gretchen Whitmer, Sen. Debbie Stabenow, and Rev. Jesse Jackson.

Gordy’s speech came at the end of the Hitsville Honors program, which brought Motown legends like The Four Tops and Martha Reeves, and newer acts like Ne-Yo and Detroit’s own Big Sean to the same stage.

During the evening, Gordy was presented with the Motown Legacy honor by director Lee Daniels. The director has announced he’ll be filming The United States vs. Billie Holiday, a biographical movie which takes place after the events of Lady Sings the Blues, the 1972 Holiday biopic made by Gordy’s Motown Productions. Singer Andra Day has reportedly been cast to play the role first portrayed by Diana Ross.

“No way I was going to shoot this movie without kissing (Gordy’s) ring,” Daniels said.