He proclaimed he has never made a decision based only on his skin color, calling it a form of slavery. 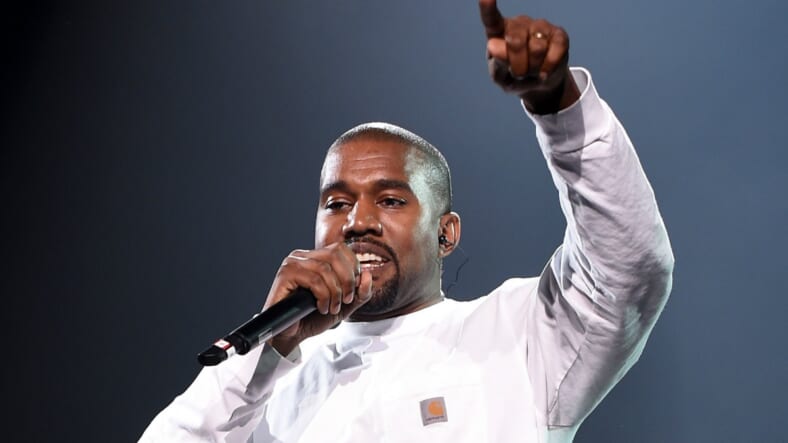 Kanye West has created much buzz over the last 9 months for his soulful Sunday Service. He’s turned the gospel worship experience into a pop-up concert that fans have been able to attend for free in cities from Atlanta to Chicago, and most recently, Salt Lake City, Utah

West used the event to not only proclaim the name of Jesus Christ but also praise Donald Trump and the Republican Party.

Not long after taking the stage, West ranted about the backlash he’s received over his pro-Trump comments. He reminded the crowd that it was the Republican Party and President Abraham Lincoln, who, ahem, abolished slavery in the United States, according to Complex.

“Abraham Lincoln was the Whig Party—that’s the Republican Party that freed the slaves. I ain’t never make a decision based only on my color. That’s a form of slavery — mental slavery. I ain’t drink from the white person fountain. … I ain’t playing with them. All these mind controllers, the media, all of these mind controllers. I find that wherever Christ is where I’ve got my mind at. We find that the love of Christ is where I’ve got my mind back,” West said.

West also informed his audience that social media is “designed to make you think slower.”

West, who hasn’t tweeted since New Year’s, also railed against social media: “Do not read comments on the Internet. These people don’t know you like that. Social media is designed to make you think slower. … They want to slow you down and control you” pic.twitter.com/1BGpA5prGt

He then touched on social justice and the state of incarcerated African-American’s in this country, highlighting how the system is broken in the U.S.

West touched on criminal justice reform. He talked about how people argue about music and sports then said, “there’s one in three African-Americans in jail in this country.” pic.twitter.com/9jefKUf4U5

The service in Salt Lake City comes a little over a week after West reported he was set to release a new album, Jesus Is King. The album was due out on Sept. 27, according to an Instagram post by his wife, Kim Kardashian.

Meanwhile, West has embarked on tours around the nation, giving fans last weekend in New York a preview his documentary, Jesus Is King, scheduled to debut Oct. 25 in IMAX theaters.