Book of Toni Morrison quotations is coming out in December 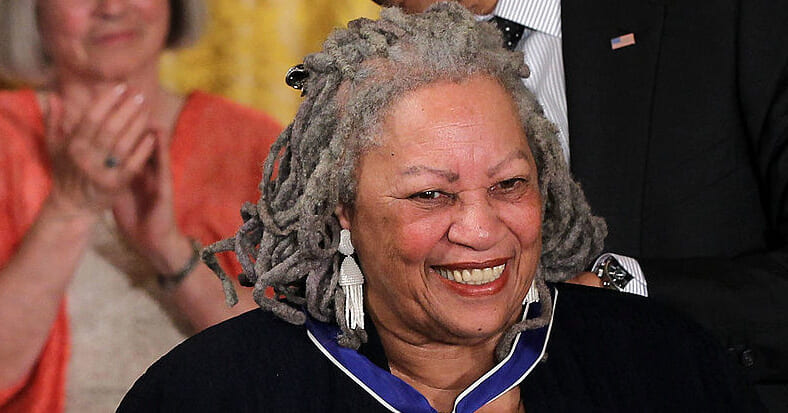 Novelist Toni Morrison is presented with a Presidential Medal of Freedom by U.S. President Barack Obama during an East Room event May 29, 2012 at the White House in Washington, DC. (Photo by Alex Wong/Getty Images)

A book of Toni Morrison quotations is coming out in December.

“The Measure of Our Lives: A Gathering of Wisdom” will draw from her whole body of work, including celebrated novels such as “Beloved” and “Song of Solomon.”

The foreword is by Zadie Smith, adapted from a tribute she wrote soon after the Nobel laureate died in August at age 88.

A publisher’s note describes the book as a distillation of her major themes, including “transcendence through imagination; the self and its discontents; the vicissitudes of love; the whirligig of memory; the singular power of women; the original American sin of slavery; the bankruptcy of racial oppression; the complex humanity; and art of black people.”

The compact, 128-page compilation was put together by Erroll McDonald, executive editor and vice president of the Knopf Doubleday Publishing Group. He told The Associated Press on Monday that he thought of the book as a response to the “tremendous adulation” that Morrison received after her death. He intends “The Measure of Our Lives” to serve as an introduction for new readers and an “ideal keepsake” for longtime admirers.