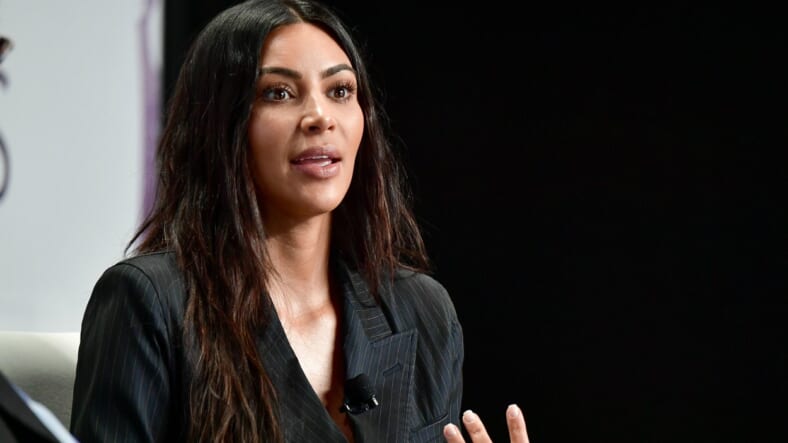 Kim Kardashian’s advocacy for inmates with lengthy sentences has once again helped win prison release for a man who would have spent his life behind bars.

Momolu Stewart, 39, was convicted of murder at age 16 and served 22 years prison. But on Monday he walked out of the D.C. Central Detention Facility a free man. “I was buried alive,” he told Oxygen.com. “So now, I’ve been resurrected. I’m back and I’m better.”

Stewart, along with co-defendant Kareem McCraney were convicted in the 1997 shooting death of Mark Rosebure, 22, at an apartment in Washington in a dispute over money. The two were 16 and 17 respectively at the time of the killing. Both were tried as adults and sentenced to life. But while in prison, Stewart earned his GED, took college courses. Through that time, he continued to petition for a release, despite infractions that he collected during his incarceration, according to The Washington Post.

READ MORE: Is it time for the Black community to cut Kim Kardashian West some slack?

But during his time in prison, he met Marc Howard, director of Georgetown University’s prison education program. He was working with Kardashian West on her documentary entitled, “Kim Kardashian West: The Justice Project,” and introduced him to Stewart.  A month later she was advocating for his release and wrote a letter of support on behalf of Brown to DC Superior Court Judge Robert Salerno.

“[Stewart] is especially deserving of your consideration,” she wrote. “He has been rehabilitated and is no longer dangerous to society.”

“While he cannot go back and change what happened when he was 16 years old, he takes responsibility for the pain he has caused to the victim’s family, and feels true remorse for his role in the crime that resulted in the loss of life,” Kardashian added.

According to the Post, Stewart’s team was able to file for relief under the Incarceration Reduction Amendment Act, which seeks to reduce sentences of adults who were tried while they were children.

“I have every confidence that upon his release he will continue to guide others away from a life of crime and continue on his own path to redemption and success,” the reality star continued.

At a hearing on Friday, Salerno suspended Stewart’s sentences, which technically means he will be under supervised probation for five years. If he violates that, he could be sent back to prison to serve his original punishment. McRaney was released previously in 2018, also under the Incarceration Reduction Amendment Act.

Stewart praised Kardashian West for her efforts to get him released. “She has the ability to believe in others when the conventional aspect of things would be to shun ‘em,” Stewart said.

Kardashian West is currently in a four-year apprenticeship under a pair of lawyers with the aim of eventually taking the bar exam. She was pivotal in winning release for people like Alice Marie Johnson and Cyntoia Brown.

She works with prison reform activists and attorneys Brittany K. Barnett and MiAngel Cody through the Buried Alive project, which led her to Johnson’s case. More than two dozen inmates have won release through the project’s efforts.