Robert Pattinson will play the Dark Knight in 'The Batman' 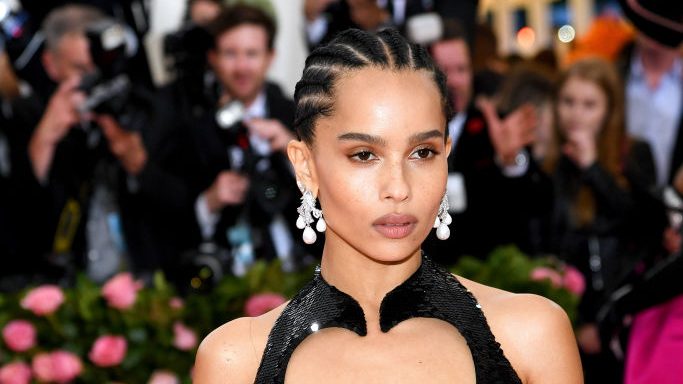 It looks like Zoe Kravitz is gearing up for a killer role and we are here for it.

According to reports, the actress has nabbed the role of Catwoman in Matt Reeves’ upcoming film The Batman.

Twilight star, Robert Pattinson, has already signed on to portray the Dark Knight in the Warner Bros. flick that is set to begin filming in January.

According to TheWrap, Jeffrey Wright is in talks to play Commissioner Gordon and Jonah Hill is in negotiations to take on the role of The Riddler.

We can’t wait to see how Zoe Kravitz does as the feline femme fatale and this won’t be the first time a Black woman has taken on the iconic role. Eartha Kitt played Catwoman in the 1960s TV series and Halle Berry took on the character in 2004 in Catwoman.

Wedding bells or not? Did Zoe Kravitz get secretly married?

Oddly enough, Zoe Kravitz revealed that she couldn’t even get an audition for Christopher Nolan’s The Dark Knight Rises during a 2015 interview with Nylon.

Apparently, her race was the problem.

“In the last Batman movie [The Dark Knight Rises], they told me that I couldn’t get an audition for a small role they were casting because they weren’t ‘going urban,’” she said. “It was like, ‘What does that have to do with anything?’ I have to play the role like, ‘Yo, what’s up, Batman? What’s going on wit chu?’”

It looks like she’ll be getting the last laugh.