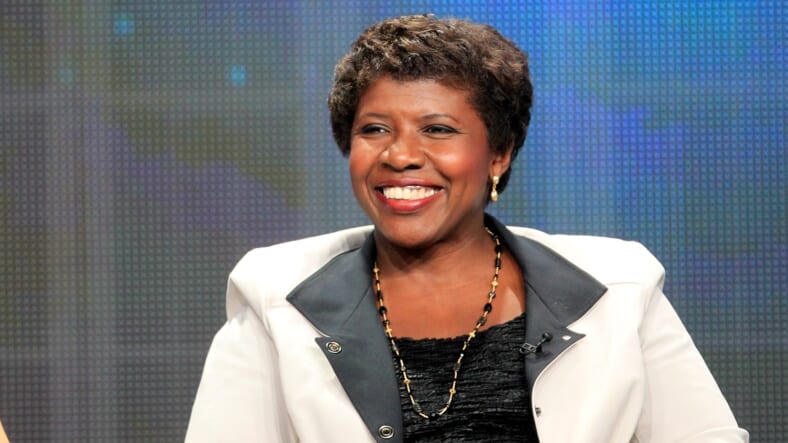 The U.S. post office is paying it forward by giving honor to trailblazing journalist Gwen Ifill with a commemorative Forever stamp.

On Tuesday, the USPS revealed the stamp in honor of the late PBS NewsHour anchor. She is featured in a 2008 photo with a welcoming smile and the words “BLACK HERITAGE” emblazoned across the top.

The USPS wrote: “The 43rd stamp in the Black Heritage series honors Gwen Ifill (1955–2016), one of America’s most esteemed journalists. The stamp features a photo of Ifill taken in 2008 by photographer Robert Severi. Among the first African Americans to hold prominent positions in both broadcast and print journalism, Ifill was a trailblazer in the profession. Art director Derry Noyes designed the stamp.”

The stamp will serve as the 43rd postage stamp included for the Black Heritage series.

“From notable figures such as golf legend Arnold Palmer and esteemed journalist Gwen Ifill to the cultural phenomenon of hip hop to a celebration of the great outdoors, this program is wide-ranging and adds to the history of our great nation as recorded through the U.S. stamp program,” U.S. Postal Service Stamp Services Acting Executive Director William Gicker.

Ifill hosted the “PBS News Hour” before passing away two years ago from cancer. She graduated from the Boston school in 1977 and was widely known for her dedicated mentorship of young black journalists.

The choice to name a new school in her honor a year after her death led many to expect that its leadership would reflect her legacy.

Ifill previously worked at The Washington Post, The New York Times and NBC News. Ifill was set to receive the 2016 John Chancellor Award from Columbia University for her body of work as a reporter, moderator and trusted voice in media and journalism when she passed. She was the first African-American to receive the honor.