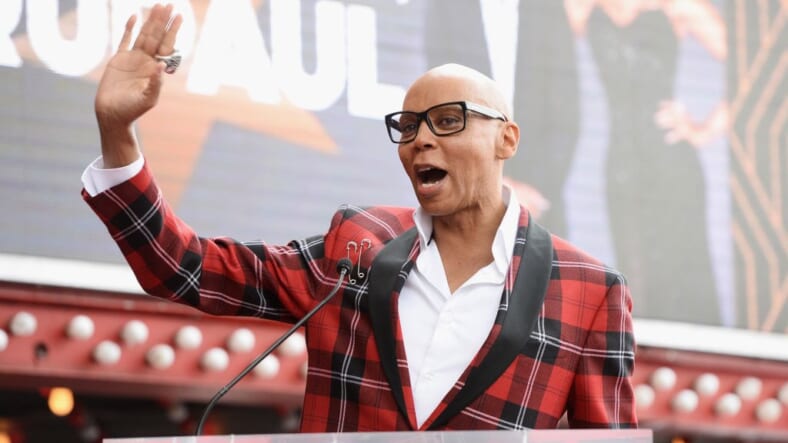 RuPaul is honored with a star on The Hollywood Walk of Fame in Hollywood, California. (Photo by Amanda Edwards/Getty Images)

Tuesday, RuPaul’s Drag Race fans got a special treat as it was announced that a new celebrity spin-off series will be debuting on VH1 in 2020.

The spin off is slated to debut next year with Drag Race alums coming on board as coaches to help the star studded cast with their dramatic transformations.

READ MORE: Finally! RuPaul will receive a star on the Hollywood Walk of Fame

“Doing drag does not change who you are, it reveals who you are,” RuPaul said in a statement. “I can’t wait for the world to see what happens when our celebrity contestants get all up in drags!”

The all-stars already confirmed to take part in this new offering include: Alyssa Edwards, Asia O’Hara, Bob the Drag Queen, and several others.

“We’ve done it again,” RuPaul told Vanity Fair panel host Whitney Cummings, joking that his team is already dreaming up even more spin-offs. “We have a laboratory figuring out other ways—Drag Race Junior, perhaps? Or how about Jailbreak Drag Race?”

The celebrity contestants competing for the title of “America’s Next Celebrity Drag Superstar” have not yet been revealed but they will reportedly be vying for a cash prize awarded that will be donated to the charity of the winning celebrity’s choosing. They’ll also win bragging rights of being the first to wear that crown.

.@RuPaul: “Drag is there to remind people that you are more than what it says you are on your driver’s license. You are more than that. Throughout history, the shamans, the court jesters, the witch doctors . . .” #VFSummit pic.twitter.com/OjzBc1xT5g