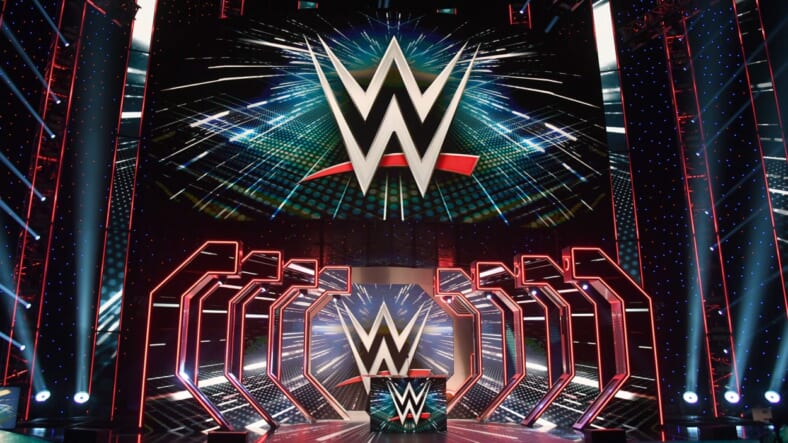 Superstar pro-wrestler Jordan Myles is upset about a t-shirt design for his WWE NXT character, which he blasts as racist toward African Americans.

Over the weekend, Myles, whose real name is Albert Hardie Jr., called out the company, Vince McMahon and Triple H on Twitter over the similarities between his official t-shirt logo and the grin on a “Sambo” doll, according to TheWrap.

“They’ll regret making this…#ForTheCulture I will keep posting this till my voice is heard. I’m not sorry for anything I say or do,” Myles tweeted. “Representation is important. If this is @VinceMcMahon & @TripleH ‘vision’ of me then this is a slap in the face to EVERY African American performer, fan, and supporter.”

On Monday morning, he followed up with further criticism over the design in a string of tweets and a video where he says “WWE doesn’t care about black people.”

Myels also slammed Ring of Honor wrestler Jay Lethal for being an “Uncle Tom,” and noted that the rehiring of Hulk Hogan after using the n-word is proof the WWE is racist.

“The fact that @HulkHogan is still employed after giving the locker room an apology for being caught says enough,” Myles wrote. It appears he later deleted the video calling Lethal an “Uncle Tom,” but TheWrap captured screenshots of both.

WWE responded Monday (Oct. 28) to the racism accusations, noting that Myles “approved” the t-shirt for sale.

“Albert Hardie Jr. (aka Jordan Myles) approved this t-shirt for sale,” a WWE spokesman said in a statement. “As always, we work collaboratively with all of our performers to develop logos and merchandise designs and get their input and approval before proceeding. This was the same process with Albert, and we responded swiftly once he later requested that the logo/t-shirt be redesigned.”

“No t-shirts were sold,” WWE said, as the merch has reportedly been pulled.

READ MORE: Is Dwayne Johnson returning to his wrestling roots?

“The Story of Little Black Sambo” was a children’s book published in 1899 and written by Scottish author Helen Bannerman about a boy who lives in India. But later versions, the main character is depicted with stereotypical features largely criticized as racist — including dark skin, big lips and bright teeth. Since then, activists have decried the images put forth in the books.

Myles responded to a fan on Twitter who inquired about what the WWE had to say on the matter.

“When I originally saw the design I was uncomfortable. Rather than addressing the issue I decided to counter offer with another. Baker Landon lied to my face! He said HHH wanted this design so my hands were tied. I spoke with @TripleH in person and his impression was I approved,” he wrote.

In another tweet, he included a screenshot of his e-mail from Baker Landon and told him, “GFYS!” Myles captioned the post: “Don’t believe me? Email him and ask him yourself. GFYS Baker!”