Is Dwayne Johnson returning to his wrestling roots?

Dwayne 'The Rock' Johnson will return to WWE's 'SmackDown' for the first time in 6 years. 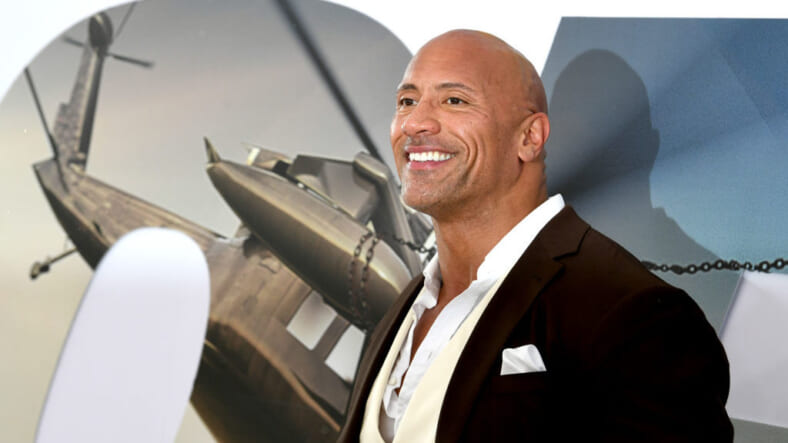 Is Dwayne Johnson returning to his wrestling roots?

The superstar and former wrestling icon Dwayne ‘The Rock’ Johnson will return to WWE’s SmackDown this week for the first time since 2013. He’s set to make a special appearance during the highly anticipated premiere of Friday Night SmackDown on October 4.

FOX recently acquired the WWE franchise and moved it from Tuesday to Friday night, with the first installment airing this week from the Staples Center in Los Angeles. The premiere will be preceded by a 30-minute blue carpet special that will highlight “arrivals and backstage access to celebrities and athletes, as well as past and present WWE Superstars to kick off the new era of WWE on Fox.”

FINALLY…I come back home to my @WWE universe.
This FRIDAY NIGHT, I’ll return for our debut of SMACKDOWN!
LIVE on @FOXTV.
There’s no greater title than #thepeopleschamp.
And there’s no place like home.
Tequila on me after the show ??#IfYaSmell? #Smackdown#RocksShow #FOX pic.twitter.com/V5i4cxqIqH

The newlywed who is currently starring in the final season of HBO’s Ballers has had quite a year.

In August, he shocked fans by marrying his longtime girlfriend, Lauren Hashian, in an intimate Hawaiian ceremony. The couple shares two children, Jasmine, three, and Tiana, 15 months and have reportedly been an item since 2007.