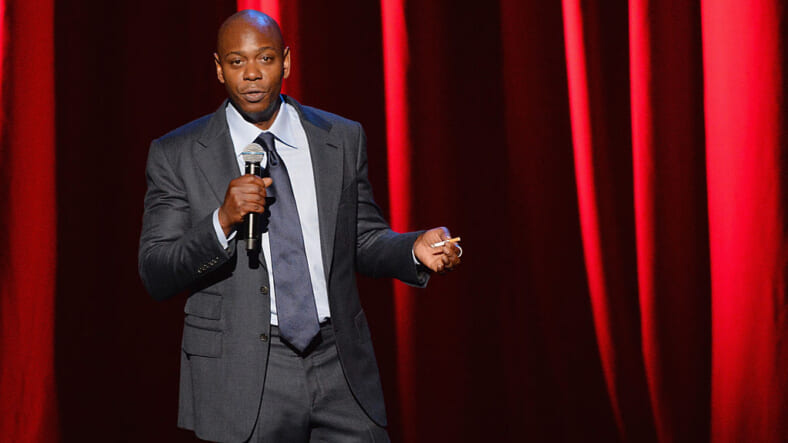 The threat of losing our freedom of speech is not funny at all, as far as comedian Dave Chappelle is concerned.

The funnyman, who has released several controversial specials on Netflix over the past year received the Mark Twain Prize for American Humor on Sunday night and he wasn’t joking (that much) when talking about the subject.

“Political correctness has its place,” Chappelle, 46, told reporters on the red carpet, according to Fox News. “We all want to live in a polite society, we just kind of have to work on the levels of coming to an agreement of what that actually looks like.

“I, personally, am not afraid of other people’s freedom of expression,” he continued. “I don’t use it as a weapon. It just makes me feel better. And I’m sorry if I hurt anybody…Yada, yada, ‘everything I’m supposed to say.”

Chappelle faced more backlash after his most recent Netflix special “Sticks and Stones,” in which he joked about the transgender community, Michael Jackson’s accusers, the late celebrity chef Anthony Bourdain and Kevin Hart’s exit from hosting this year’s Academy Awards.

But he said that there are many comedians out there who use ribald objectionable humor in their acts and wants everyone to relax about it.

“I watch them onstage, and everyone’s laughing and I’m like, ‘Ooh, that motherfucker means that sh*t.’ I don’t get mad at them, don’t hate them,” he said. “We go upstairs and have a beer, and sometimes I even appreciate the artistry that they paint their racism with. Man, it’s not that serious. The First Amendment is first for a reason. Second Amendment is just in case the first one doesn’t work out.”

Several comics turned out to support Chappelle, including Yasiin Bey, Common, Erykah Badu, Q-Tip, and John Legend — who performed throughout the evening.

A television special of the ceremony for the Mark Twain Prize will air on PBS stations starting Jan. 7.