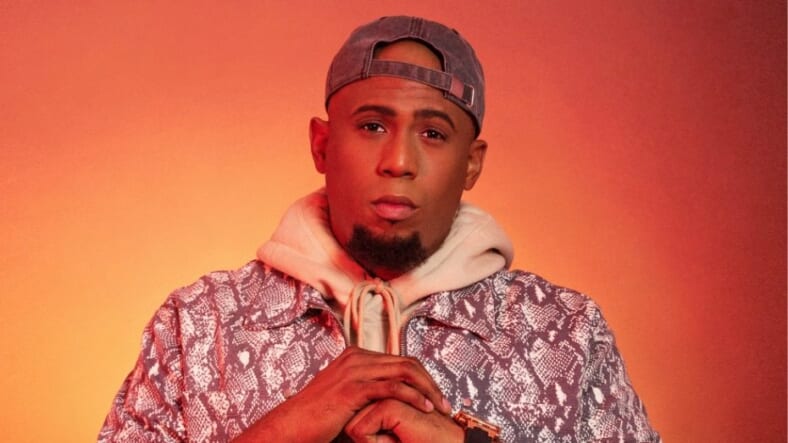 It has been a big week for the Gospel world and theGrio caught up with Anthony Brown to get his take on Kanye West and Kirk Franklin, two men making major waves.

Brown, whose latest project, 2econd Wind: Ready debuted is currently No. 1 on the Billboard Gospel Albums chart handed Kirk Franklin the trophy for Best Artist at the Dove Awards on October 15.

On Monday, Franklin posted a Facebook video saying he would no longer attend events associated with the Dove Awards, GMA or Trinity Broadcasting Network “until tangible plans are put into place to protect and champion diversity” after portions of his acceptance speech referencing the murder of Atatiana Jefferson were left out of the television broadcast.

“Not only did they edit my speech, they edited the African American experience,” he said.

“I spoke to him his morning about it. It is a very passionate topic. For me, it’s a topic we can’t shy away from. Though it may be difficult to speak about and it may bring up lots of different emotions, it’s important that those of us in the Christian and Gospel communities all think about it. What Kirk said was not a Black thing, it wasn’t a white thing– it was a Christian thing. What he spoke about was Christian and it had nothing to do with color. What he spoke about was Christ-like,” says Brown. “Whether it was intentional or unintentional for the Dove Awards to not air it, for TBN not to air it for the second time, it felt like there was a desire to silence what goes on within a particular community within our Christian community.”

Anthony Brown makes it clear that he supports Kirk Franklin and his decision to speak out.

“I stand with him. I think what he said that day was eloquent and what he said on social media was eloquent. It’s not about trying to create division. It’s really about trying to get people to come to the table and not hide behind silence. Silence is a very loud answer. I think it’s an absolute atrocity that we don’t speak about those things and we don’t have the community standing together. It’s a conversation we need to have.”

Kanye West rants about Trump support, religion, and asking collaborators to be abstinent

“I’ve heard it. I think that Kanye is a genius when it comes to production and stylistically he creates a really awesome sound. I have a few songs that are favorites for me on there. I think it speaks to a person who has just been introduced to the concept of God and it sounds like someone who is meeting Him for the first time. I feel like people who are at that place will understand it and it will speak to them. It’s for the person who is just getting into it. What he did was wise. He chose sounds and beats and lyrics that won’t scare them off, but welcome them in. “Closed On Sunday”, “Water”, and “Hands On” are a few that I think are really dope,” says Brown.

“My hope and my prayer with what I see for Kanye and what he’s doing with Sunday Service is impact. Kanye has a huge following of people and if he can impact people in a way that leads them closer to Christ then in my opinion, it’s a good thing. Hopefully those of us who do this on a daily basis will be ready to receive those who have been introduced to the message by Kanye. We will have open arms and  ready to receive them and go deeper. I don’t feel in competition with Kanye at all. I think it’s important he’s making an impact and if he’s doing that, then let’s go.”

The latest project from Anthony Brown & group therAPy, 2econd Wind: Ready, is out now and the title for the inspiring collection of songs was intentional.

“Everybody in life is running a race of their own. At some point along the way if you’re not careful, it’s inevitable that you’re going to get tired. It was a time for me to look inward and seek God and find out what I was burying so I could address it and move forward. This record is the soundtrack to your refreshing, to your personal revival,” he explains.

“I was reading about the concept of second wind for long distance runners and it said that runners who are absolutely fatigued and do not feel like they have the strength to continue, are suddenly able to run at top performance with less exertion. That really spoke to me. That’s what I’m trying to get people to do: push beyond that feeling of failure. This is the soundtrack to that moment.”