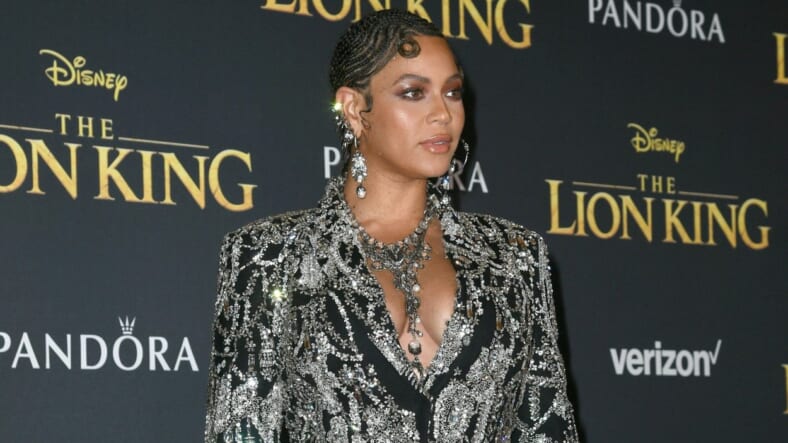 Beyoncé attends the premiere of Disney’s “The Lion King” at Dolby Theatre on July 09, 2019 in Hollywood, California. (Photo by Kevin Winter/Getty Images)

Beyoncé is set to revisit her The Lion King: The Gift album with a music video for  “Brown Skin Girl,” which is being filmed on various south London estates.

The album was released this past summer, but now the song will be treated as a single, according to the Daily Mail. Filming is taking place in both Catford and Thamesmead, along with members of the superstar’s team being seen near the HM Prison Thameside on Thursday.

The LEMONADE singer’s casting team is requesting “black and brown people of different cultures, nationalities, ethnicities, genders, and ages” in London to come forward for the video.

A source also detailed to the Daily Mail Beyoncé’s wish to have the video “truly represent the essence of the song” and to have “normal people step forward and tell their stories” despite having name-dropped iconic figures like Naomi Campbell and Lupita Nyong’o in the lyrics.

Additional requests for people include different family structures, citing a request for blended, single parent, queer and adopted families. The video will also have a focus on a variety of body shapes and ages. The age range is stated to be girls as young as six months all the way to elderly women.

The video is set to be directed by Jean Nkiru, who worked on The Carters “APESH**T” video. “Brown Skin Girl” features Saint Jhn, Wizkid and Beyoncé’s own daughter Blue Ivy Carter.

“Brown Skin Girl” may not be the only video that Beyoncé is working on. The Sun detailed that she and husband Jay Z were in Hollywood for a video for a forthcoming duet. “It’s one of her most extravagant and expensive shoots,” a source said, according to the Daily Mail.

“It was mostly filmed in LA and has a highly choreographed routine and also a steamy, romantic scene,” the source added. “She is working with some new creatives and is ready to change things up.”