Will millions of supporters, new evidence and a 'jailhouse confession' be enough to change Texas governor's mind about executing a Black man? 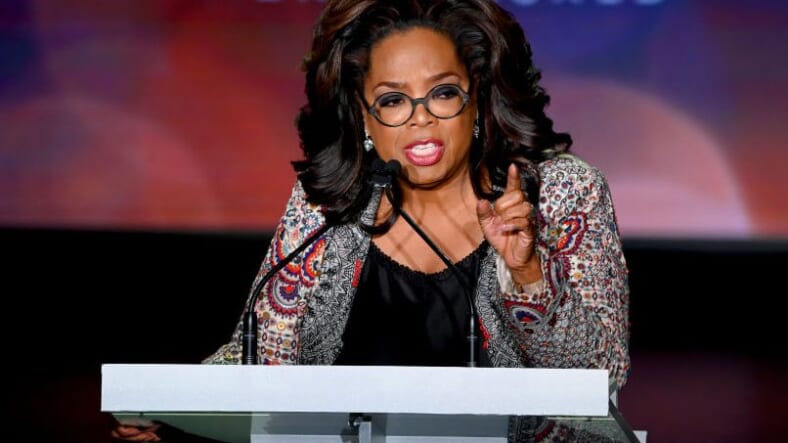 Oprah Winfrey lent her voice to the rallying cry for Texas Gov. Greg Abbott to stop the Nov. 20 execution of Rodney Reed.

In an interview on CBS This Morning, Winfrey urged Abbott to take a deeper look into the Reed case, and the reason why so many Americans want his execution halted.

“At least the governor has to pause and look at the 2 million people who have signed a petition,” she said. “Two million voices saying listen to us, something is off here. Something needs to be done. Governor, if you’re watching, hello. I think this is a sign you’re supposed to at least not execute, but look at it,” she said.

The signatures she is referring to were collected on freerodneyreed.com. Change.org also created a petition and collected more than 300,000 signatures.

In addition to Oprah and Gayle King, celebrities such as Rihanna, Beyoncé, LL Cool J, and Kim Kardashian West have spoken out regarding Reed. Religious leaders like Bishop Joe S. Vásquez, head of the Roman Catholic Diocese of Austin, have joined the chorus of voices urging the governor to take a beat and reconsider his decision on this case, and dozens of Democratic and Republican state lawmakers have put aside party politics to ask Gov. Abbott to stop the execution.

Reed, 51, was sentenced to die for the 1996 rape and strangulation murder of 19-year-old Stacey Stites. He has been on death row since 1998 and has maintained his innocence from the very beginning. His lawyers, who come from The Innocence Project, have argued that Reed was denied a full and fair trial on multiple counts. Another key point that the lawyers want to be reviewed that could possibly clear Reed’s name is that the belt used to strangle Stites has DNA evidence on it that was never tested.

Multiple people have come forward implicating Stites’ ex-fiancé, Jimmy Fennell, in her death. He was a former police officer who was released from prison last year. He pled guilty in 2008 for kidnapping a woman he met while on duty. That woman said he had also raped her.

Reed’s DNA evidence was found on Stites’ body, but Reed said he and Stites were having an affair, which is why his DNA was on her. Some believe Fennell knew of the affair.

Arthur J. Snow Jr., a former member of the Aryan Brotherhood, a white supremacist prison gang, said in a sworn affidavit last month that he served time in prison with Fennell and he personally heard him confess to the murder of Stites, according to The New York Times. He said Fennell bragged about killing his fiancée because she had cheated on him with a Black man. In the affidavit, Snow said he thought Fennell confessed to the killing to try and impress him and other gang members, whom he had sought out for protection.

Also, Jim Clampit, a former sheriff’s deputy, alleges that at Stites’ funeral, Fennell looked at her body and said, “You got what you deserved,” according to The Times.

With all of this new evidence, the fair and just thing would be for Abbott to stop Reed’s execution – or he might be responsible for killing an innocent man.