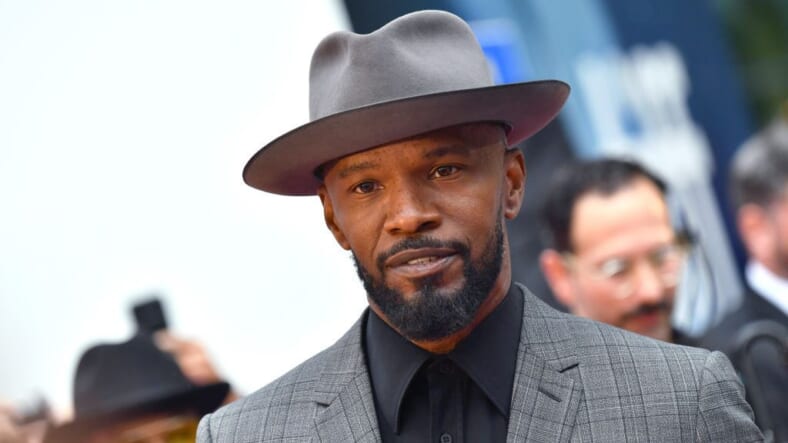 When Just Mercy screened at the AFI Fest in Los Angeles, all eyes were on Jamie Foxx and Bryan Stevenson, who participated in a panel moderated by Yara Shahidi on Saturday night.

The screening and panel was attended by several celebrities including Essence Atkins, Akili McDowell, Mykelti Williamson, and Garcelle Beauvais, among others.

In the incredible film, Michael B. Jordan portrays Stevenson, the real-life hero who has been fighting to exonerate the wrongfully incarcerated through the Equal Justice Initiative he founded in 1995. Since then, he has saved more than 125 men from the death penalty. In 2014, he wrote Just Mercy: A Story of Justice and Redemption, which is the basis of the film produced by Jordan’s Outlier Productions.

“I think we all have to find ways collectively and individually to get closer to people who are suffering and excluded. I really do believe that when you’re proximate to the incarcerated, the condemned, the marginalized, the disfavored; you hear things you don’t always hear. You see things you can’t otherwise see,” he told the crowd.

“Sometimes we have been taught that if there’s a bad part of town, you should stay as far away from it as possible. I think we need to do the opposite if we’re about change and if we’re about justice. There’s power in proximity.”

After the film, the actor got choked up while recounting his father’s incarceration and subsequent release from prison; shining a light on how personal this role is for him.

FIRST LOOK: Check out Jamie Foxx and Michael B. Jordan in ‘Just Mercy’

“I don’t go to jails. I didn’t want to see my father like that. I wrote him one letter. I said, ‘You get out, I’ll save your life.” He got out and I said ‘You come live with me.’ I got a chance to take that Black man to the U.S. Open and he watched Venus play and I watched tears,” he said through his own.

“That’s why it’s important to let people know because what I’m telling you is something that everybody that is African American in this building goes through every single day and we’ve become used to it.”