WATCH: Flame Monroe on the problem with pronouns & picking wrong battles: “The war is whoopin’ us”

The comedian wants the LGBTQ+ community to focus on the real issues affecting the trans community. 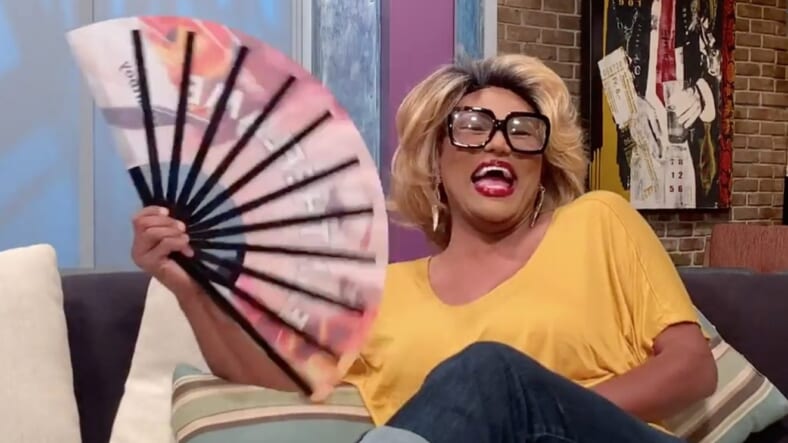 Flame Monroe has been making her mark on the comedy circuit for years but plenty of folks were introduced to her skills when she was featured on Tiffany Haddish Presents: They Ready when it dropped on Netflix in August.

During an exclusive interview with theGrio, the comedian opens up about her identity, her outlook, and how she hopes to use her platform to inform the masses about transgender issues she thinks are most important.

“The response has been great, overwhelming and kind of surreal because I have been getting so many inboxes from so many young gay and transgender people who are just saying that word ‘acceptance’ has made them so happy,” she said of the special. “I’m getting a lot of heterosexual men saying they watched it with their wives…I’ve let down the screen of what I am and now you can see who I am.”

According to Flame Monroe, some members of the LGBTQ+ community are focused on the wrong things, like pronouns.

“What is that gonna take from me if you have a slip of the tongue and call me ‘miss’ or ‘mister?’ Is my skin bleeding? Did my account change? Are my children still healthy? Am I still working everyday? That’s the only thing that matters.”

When it comes to her comedy, Flame Monroe doesn’t seem to be afraid of cancel culture.

“Everybody is so sensitive now. You can’t even say anything without a protest or a march or people losing their job. I’m sure we have all said things that have offended somebody,” she says. “The president says something that offends somebody every single day. he ain’t lost his job.”

While some of her recent comments have indeed ruffled feathers, Flame Monroe is hoping people focus on more pressing matters, like the moves President Trump is making.

“We make stuff such a big deal which is what’s wrong with the trans community right now. We’re fighting over pronouns and bathroom rights? The current administration is moving out. Every day he’s trying to take away something and he is accomplishing it. He’s taking away healthcare. Now he’s trying to let people get fired for being gay or transgendered,” she explains.

“So you mad because of a pronouns? I don’t care about that. That is so unimportant to me. When meanwhile, Donald Trump is erasing everything about the trans community…This is crazy. We’re fighting a fight when she should be fighting the war. The war is whoopin’ us.”