The four teens attacked Charm Sullivan while she was behind the front counter then followed the 17 year-old to the bathroom and finally outside to continue the assault. 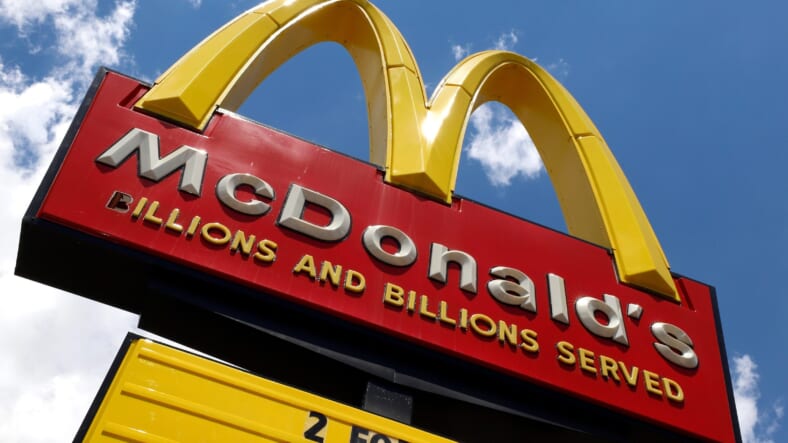 A McDonald’s employee in Philadelphia was beaten unconscious by a group of teenage boys after she did not give them free food.

The employee is 17-year-old Charm Sullivan who worked inside a McDonald’s on Broad Street and Hunting Park on Wednesday when she was attacked by at least four boys. Sullivan’s cousin, Khadijah Lovett, spoke to NBC10 Philly detailing the attack, which included being hit with a brick.

“They assaulted her several times,” Lovett said. “They hit her with a brick in front of McDonald’s.”

The assault occurred after Sullivan denied giving free food to the group as she worked behind the counter. The boys would then attack her and follow her to the bathroom and continued the assault. The attack would lead outside where Sullivan was found unconscious between two cars in the parking lot. Sullivan was familiar with her group, stating they are frequent visitors for the North Philly location.

“I’m not giving them no free food,” Sullivan said in an interview with NBC10. “They come in there all the time.”

“She’s hurt,” Lovett said. “The only thing she keeps saying is she doesn’t know. Why her. Why her?”

Lovett also provided photos of her cousin who has facial bruises around her right eye and lips. The attack required Sullivan to make a visit to the hospital. Now, Lovett says her cousin will never work at McDonald’s again.

Sullivan added that no one inside the McDonalds, including the co-workers, called the police during the attack.

Fox News details a report was filed by Sullivan following the attack. The teens responsible for her injuries have yet to be found by the police. A description of the attacks has yet to be released.

The McDonalds where the crime took place was visited by NBC10 but the manager refused comments.