REPORTS: Joycelyn Savage claims R. Kelly forced her to have a surgical abortion at home 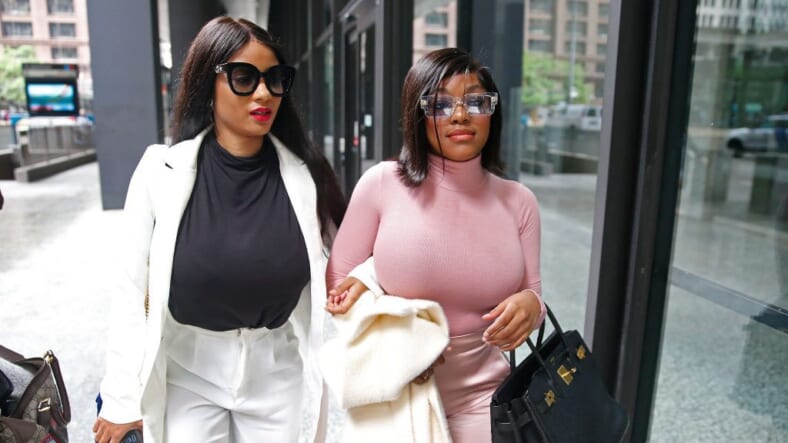 Joycelyn Savage is finally breaking her silence about the alleged abuses she suffered at the hands of R. Kelly.

Although Savage spent years denying her family’s claims that she was one of the singer’s victims, she has recently changed her story and the details are pretty disturbing.

According to the Chicago-Sun Times, Joycelyn Savage revealed that she was forced to have a surgical abortion at R. Kelly’s home after he impregnated her.

R. Kelly’s live-in girlfriend speaks out against the singer:’He always hated the truth’

“I realized I was pregnant by this monster … Eventually, I ended up getting an abortion I was forced to get the surgery done at his house,” she reportedly write on her latest Patreon post.
She also explained how the Grammy-winner leather up because she called him “babe” instead of one of his preferred titles like “Master” or “Daddy.””He grabbed me and choked me until I blacked out,” she wrote.Last week, Savage took to Instagram for the first time since 2017 to announce that she has a story to tell and she’s going to tell it by way of Patreon, a site where fans pay for content from creatives.Savage’s Patreon page offers access for as little as $3/month with options for a $9/month deal and $25/month VIP access, which includes LiveStream recording Q&As.

‪I have Partnered up with @Patreon where I will post daily chapters of my story. Things I am going to reveal that was sweared not to see the day of light — by NDA. I am risking my life for many others. ‪This story is 18+ and only for mature audience, I want to make sure my story is very detailed as I can remember. My first story “Where It All Started” is out now. patreon.com/Joycelynsavage ‬(Link is bio) ??

Friends of R. Kelly’s girlfriend, Joycelyn Savage, claim he assaulted her the first time they met

The about section of her page reads as follows:

My name is Joycelyn Savage, I am 24 years old, at 23 years old was really was a breaking point for me I was forced to do a lot of things. I am here to tell my story I will reveal information/secrets I’ve been sweared to not ever bring to light but I am willing to risk it all. This is my story on Mr. Kelly. Become a patron above and view my story, and see what I’ve been going through these past years.

Her first post, entitled “Where It All Started,” is available for purchase now. The Daily Beastaccessed the content and reports that Savage details how controlling R. Kelly became soon after first meeting her when she was 17 years old.