Billy Dee Williams recently vocalized to Esquire during an interview, that he uses both he/him and she/her pronouns when referring to himself. 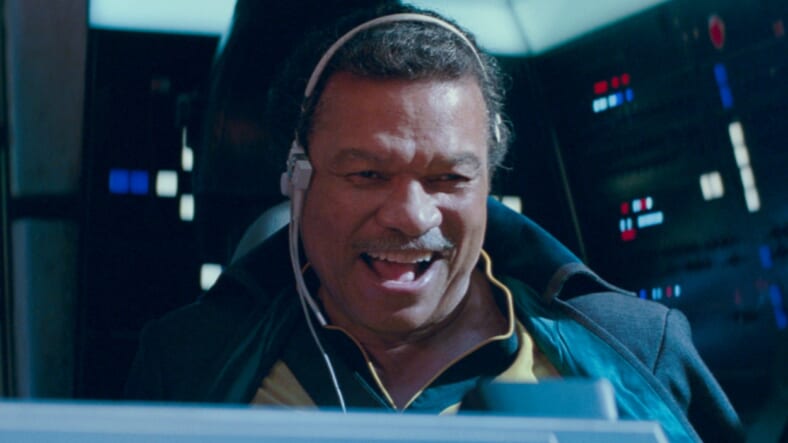 Actor Billy Dee Williams lives life by his own standards and believes everyone should “Be yourself.” Not only is this his mantra, but the 82 -year-old actor is breaking down gender-conforming walls as well. Williams recently vocalized to Esquire during an interview, that he uses both he/him and she/her pronouns when referring to himself.

“I say ‘himself’ and ‘herself,’ because I also see myself as feminine as well as masculine,” he said. “I’m a very soft person. I’m not afraid to show that side of myself. I never tried to be anything except myself. I think of myself as a relatively colorful character who doesn’t take himself or herself too seriously.”

Williams’ career spans over the last half a century with his most notable roles perhaps being Louis McKay in 1972’s Lady Sings the Blues or Lando Calrissian in the 1980’s Star Wars: The Empire Strikes Back.

When Esquire told Williams that his predecessor, Donald Glover, who portrayed Lando in 2018’s Solo: A Star Wars Story, also embraces his gender fluidity and sexuality, he was visibly excited.

“Really? That kid is brilliant — just look at those videos,” he said, referencing Glover’s song “This Is America”.

Williams’ role as Lando broke racial barriers in 1980 by having a Black character in a genre of film that was and still is primarily white. Even though this is a great accomplishment, Williams says he’s proudest of his role as Gale Sayers in 1971, Emmy nominated TV movie Brian’s Song, according to Esquire.

“It was a love story, really. Between two guys. Without sex. It ended up being a kind of breakthrough in terms of racial division,” he said.

These roles and more are what makes Williams Hollywood royalty. He recalls actors like Chris Rock and Jamie Foxx both paying homage to him and the path he set for other African American actors.

“The Rock calls me the OG,” Williams said. “What I presented on that screen people didn’t expect to see. And I deliberately presented something that nobody had experienced before: a romantic brown-skinned boy.”

Williams will be back on the big screen Dec. 20, reprising his role as Lando in the upcoming The Rise of Skywalker, the final movie of the Skywalker saga.