OPINION: ‘Queen & Slim’ has beautiful moments, but it ultimately disappoints

I’ll approach my Queen & Slim review as I would an effective boss delivering a performance review: address the positive first.

The tale of two young people (Jodie Turner-Smith and Daniel Kaluuya) whose first date goes pear shaped and leaves them on the run following a “crime” of self-defense might be the best visual representation of Black bodies I’ve ever seen on screen.

Director Melina Matsoukas and cinematographer Tat Radcliffe did a superb job of capturing the protagonists – portrayed by two obsidian-complected Brits of Jamaican and Ugandan descent – in all the right light; a task Hollywood has historically executed poorly. You’ll become well-acquainted with the contours of Turner-Smith’s back muscles.

READ MORE: Melina Matsoukas on casting British leads in ‘Queen & Slim’: “All they see is Blackness”

The acting is also solid: the film’s standout performance comes from a gamely Bokeem Woodbine, who plays Queen’s (Turner-Smith) Uncle Earl, a pimp with a complicated past. Kaluuya exists in that rare air of actors like Robert DeNiro and Bill Murray who can act pages of a script with their facial expressions alone.

Also, Dev Hynes’ score is haunting and wonderful, and the soundtrack slaps. I turned up in my theater seat when “Still Tippin’” came on, as it was the first time I heard it in years. The official soundtrack has some solid cuts as well, including Lauryn Hill’s much-anticipated return to new music, as well as my favorite cut, “Collide” from EARTHGANG and Tiana Major9.

Now, to the film’s manifold problems.

Narratively, Queen and Slim had boundless potential. Two young Black people running for their lives after killing a white cop (Sturgill Simpson) in self-defense – body-cams be damned – because of how they know it’ll be perceived is timely and the foundation of what could’ve been a stellar on-the-run drama/thriller with a poignant social message. But Lena Waithe’s script is loaded with so many moments of strained credulity that I kept asking myself: “A Black person wrote this?”

READ MORE: Daniel Kaluuya & Jodie Turner-Smith on their reactions to ‘Queen & Slim’: “I was speechless”

The mess started when Slim (Kaluuya), unsuccessfully goes against type by holding up a gas station for fuel, relinquishes his gun to the white male attendant, who knows exactly who he is and says he’ll pay for the gas if he could hold the gun. What proceeds is a pointlessly tense moment in which the attendant points the gun at Slim before returning it.

Queen and Slim (by the way, they are never called that in the movie) later stop at a backwater club to get in a quick drink and a dance, knowing that there’s essentially a nationwide manhunt for them. While the sequence is marvelously shot, I was dumbfounded at the willingness of the characters to expose themselves to a room full of people, even if they are Black.

When the bartender tells Slim that they’re safe here, he doesn’t take that as a cue to get the f— out of Dodge immediately, instead taking his happy-ass time in the assumption that they’re actually safe. This carelessness manifests itself again later when they pull over to attempt to ride wild horses on a private ranch. Like, you guys are headed to Cuba…there are plenty of horses to ride there.

The film’s most infuriating story arc involves a young man named Junior (Jahi Di’Allo Winston) who idolizes Queen and Slim and just happens to meet them before attending a Black Lives Matter-style rally. For reasons that make sense to no one I’ve spoken to who has seen the film, Junior shoots a Black cop dead, thusly ending his own life. I’m looking forward to Waithe explaining this scene in interviews because I have nothing.

The conclusion is extremely telegraphed and predictable – anyone who didn’t expect the authorities to come rolling up on the couple as they made way toward a plane ready to dash them to freedom should sit down for a primer on the last five or so decades of filmmaking. Even more predictable is the sequence with the Black cop letting the couple escape immediately following a quasi-racist encounter with a white cop.

Several critics have expressed opposition purely based on the film’s evocation of Black trauma, but I reject the idea that a film like this should not have a dour conclusion, even with Black stars, (I would’ve been angrier if they actually made it safely to Cuba), or that we should no longer have movies with Set it Off-style conclusions. Waithe also set herself up for scrutiny by writing in white saviors (Flea and Chloe Sevigny) and a Black man (Bertrand E. Boyd II) as the ultimate betrayer.

Those gripes are divisive and worth discussion, but they should take a backseat to the other, more apparent narrative failures of Queen & Slim. There’s a great film buried somewhere in the marrow of the script, but I simply can’t take seriously the final product. 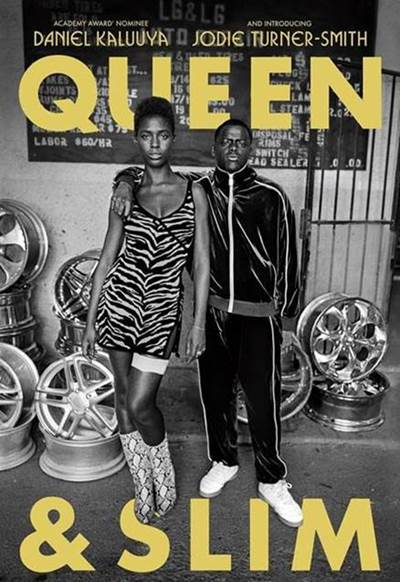