Lena Waithe on the “ballsy” choices she made for ‘Queen & Slim’: “Hopefully this works”

Waithe also reveals her favorite moments of the revolutionary film. 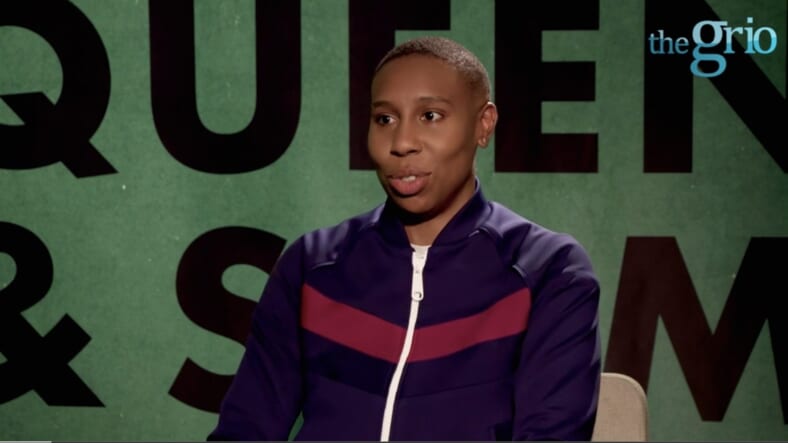 Queen & Slim is a true piece of art that continues to captivate the country and spark tons of debate among fans and critics alike of the first feature film from Lena Waithe and Melina Matsoukas.

When theGrio caught up with the film’s writer, she revealed her reasons for making the risky choices that makes this film so revolutionary.

One of those choices was keeping the main characters’ names under wraps until the final scene.

“Because they’re an algorithm of all os us. Their names are your name. That’s what their names are. They’re all of our names,” she says. “I knew I was sort of breaking convention and I was trying some things which is ballsy, but I was like hopefully this works.”

Aside from the artistic reasons behind the decision, there was also a pretty practical one as well.
“I don’t like writing character names in conversation and dialogue because it doesn’t feel real,” she continues. “There are a couple moments where I kind of play with that but they really are supposed to represent all of us as much as they can.”

Daniel Kaluuya & Jodie Turner-Smith on their reactions to ‘Queen & Slim’: “I was speechless”

Waithe also highlighted how the differences between the main characters, expertly played by Jodie Turner-Smith and Daniel Kaluuya, helped to reflect the vastness of the Black experience.
“She believes in being excellent and bending the world. He believes in living a simple, quiet, dignified life. Both valid ways of living your life but just very different ways of walking through the world,” she says. “One of my favorite moments of the movie is when she cuts the corner and you see her for the first time with the short hair…she’s a different woman in that moment.”
Waithe admits she doesn’t have all the answers and she doesn’t ever like to judge the characters she creates.

“Her [Queen] having that intimacy with Goddess in that space which to me was one of my favorite things to write. ‘Out there he ain’t shit but in here he’s a king.’ That thing of Black men needing to feel like royalty in their homes which also sometimes makes their wife feel like a peasant. But we need to build them up for them to feel good but then where does that leave us? It was really sort of me ruminating on all these things.”

Queen & Slim is in theaters now.