Suspect in Aniah Blanchard death has outburst in court 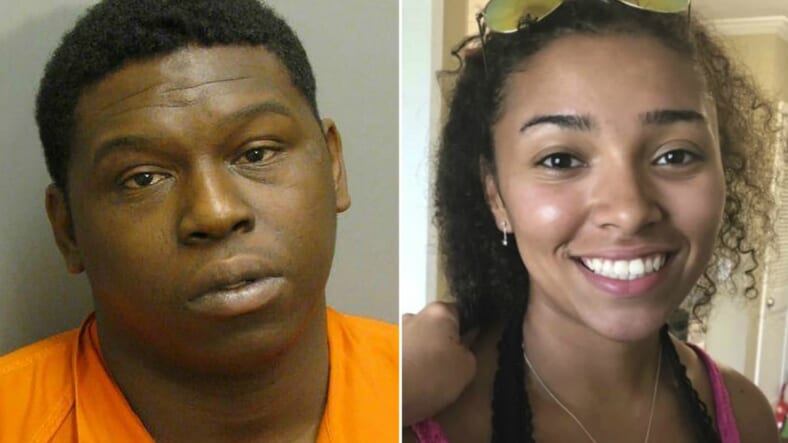 The search and later discovery of the remains of Aniah Blanchard captivated the nation and it looks like her murder trial will bring just as much attention.

During a court hearing in Alabama on Wednesday, Blanchard’s accused killer, Ibraheem Yazeed, 29, had an outburst. According to ABC News, he accused prosecutors of not having enough evidence against him.

“Ya’ll have no video, no audio of me shooting anyone,” Yazeed claimed. “That’s what I’m trying to see how ya’ll gonna bind me over on hearsay but ya’ll ain’t present no evidence then now this a whole different statement.”

Blanchard, 19, was reported missing on Oct. 23 after being last seen at a convenience store in Auburn, Ala.; her stepfather, UFC star Walt Harris, brought national attention to her disappearance through social media. Her car was later found 55 miles away from her last known location with a large amount of her blood inside and remains were found in Macon County a month after she went missing.

Though Yazeed denied there was any evidence against him, surveillance video taken at the convenience store showed Yazeed forcing Blanchard into her own car. According to the Montgomery Advertiser, another gas station’s surveillance captured Yazeed exiting the passenger side of Blanchard’s vehicle and later re-entering the vehicle. The New York Daily News reported that Alabama authorities talked to a witness who said that Yazeed confessed to shooting the Southern Union State College student after she reached for his gun and the witness also claimed to have seen Blanchard’s car in Yazeed’s driveway.

Two other men were in charged in Blanchard’s death. According to the Montgomery Advertiser, Antwain “Squirmy” Fisher, 35, was charged with first-degree kidnapping for aiding Yazeed by giving him a ride and disposing of evidence, and David Lee Johnson Jr., 63, was charged with hindering prosecution in connection to the case.

Yazeed is facing capital murder charges, which makes him eligible for the death penalty.