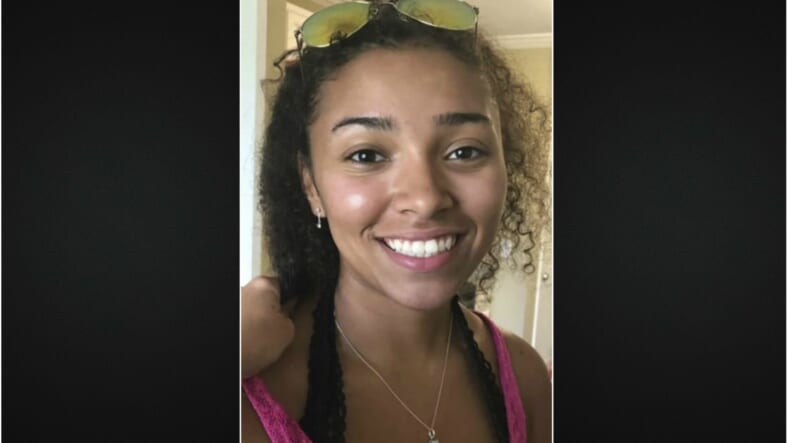 Human remains discovered in a wooded area have been confirmed as belonging to a missing college student who was the stepdaughter of a well-known UFC fighter, Alabama authorities announced Wednesday.

The Auburn Police Department said the Department of Forensic Sciences confirmed the remains belong to Aniah Blanchard, 19. She was the stepdaughter of UFC fighter Walt Harris.

Police said they were making the announcement with “heavy hearts” as the month-long search came to a close. Blanchard’s disappearance is now a homicide investigation and additional charges will be filed, police said.

“I am heartbroken for the family of Aniah Blanchard,” Alabama Gov. Kay Ivey said in a statement. “Like Alabamians across our state, I was praying for a much different outcome. I will be keeping them in my prayers and ask the people of Alabama to continue to do so as well.

Blanchard was last seen Oct. 23 in Auburn, Alabama, at a gas station. Her black Honda CRV was found abandoned days later more than 50 miles (90 kilometers) away at an apartment complex in Montgomery. Police said her blood was found in the car.

Police announced Monday that human remains were found in a wooded area in neighboring Macon County. They said that investigative leads led them to search that location.

Ibraheem Yazeed, 29, is currently being held without bond on kidnapping charges in the teen’s disappearance. Police charged two other men with either helping dispose of evidence or hindering the investigation.

A man at the convenience store where she was last seen told investigators he saw Yazeed force Blanchard into her car and drive away, according to Auburn police detective Josh Mixon.