Jada Pinkett Smith and Willow talk 2014 investigation on their family

After photos emerged online with a 14-year-old Willow and a 20-year-old Moisés Arias, LA Child and Family Services were called in on The Smith Family 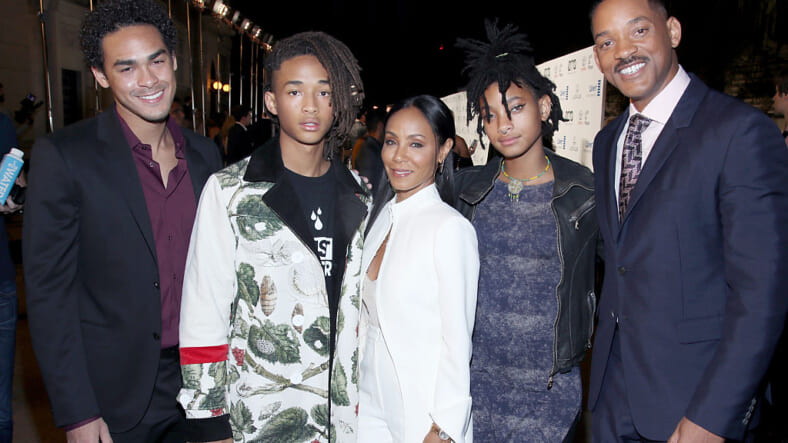 The Los Angeles County Department of Children and Family Services opened up an investigation into Will and Jada Pinkett Smith’s family in 2014 after a photograph surfaced online of then 14-year-old Willow Smith lying on a bed with 20-year-old actor Moisés Arias.

The revelation came during a Dec. 10 episode of Red Table Talk where Pinkett Smith, her mom, Adrienne Banfield Norris, and Willow allowed viewers to call in with their burning questions and declared “no topic is off-limits.” When one caller asked if Willow ever felt like she needed to protect her parents from false rumors in the press, both she and Banfield Norris said “yeah” and later Willow went into what set the DCFS investigation into motion.

READ MORE: Jada Pinkett Smith says Willow has had to check Will Smith for misinformed comments

“I think it started with that whole Moises thing,” said Willow, who is now 19. “We took a picture and Moises had his shirt off.”

Jada elaborated. “The boys (Moisés and his brother Mateo) basically lived with us, so they’re like her brothers. These boys are always in this house with their shirts off.”

Although Willow says “there was no sexual intonation in that picture whatsoever,” agents wanted to delve deeper. Willow blames the backlash that the photo caused on her being a young Black girl.

“I find that other celebrities, females who aren’t black, who are younger and who do post things that are way more sexual than that, they don’t get any backlash,” she explained. “That said a lot.”

Jada agreed. She said the incident made her “furious” not just because it involved her children, but that “it was just one of those blatant moments when you realize the difference” in how people perceive black skin versus white.

Jada said Willow treated the DCFS investigation “like, ‘Whatever.’ That’s how they treated it. Her and Jaden both, and there was nothing Will and I could do. We were just like, please chill out. And they were like, ‘No. This is stupid and it’s ridiculous.’”

Willow said when the agent dropped in she gave her the stare-down.

“I was looking at the lady, and the whole time I was thinking, you could be helping so many kids right now and you’re wasting your time with a child who has everything that they need,” Willow said on Red Table Talk.

One of the rumors investigators heard was that Jada and Will were starving Willow, so Willow decided to walk into the DCFS interview at 2 p.m. that day with a bowl of cereal and pretend like it was all she had eaten so far that day.

READ MORE: Jada and Will Smith had marital challenges similar to T.I. and Tiny Harris

The family laughs now at the memory of that crazy time, but Jada said they all took away some important lessons.

“That was the moment that I feel like we really locked up together as a family,” Jada said. “The kids got to see for the first time why Will and I had been so protective, be careful who you talk to, be careful who you hang with, watch yourself because people try to hurt you.” And Will and Jada got to see the “soldiers” in their kids.