Apparently T.I. is not the only dad to say inappropriate things about or to his daughter. 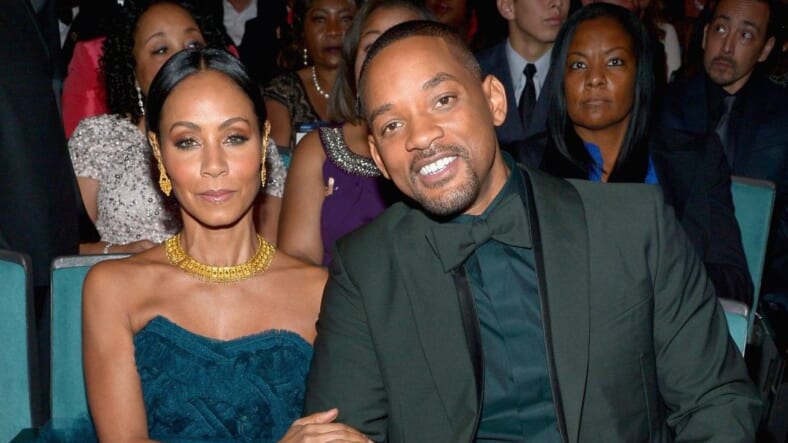 Jada Pinkett Smith says even her husband, Will Smith, is not immune from making inappropriate and sometimes misinformed comments about their daughter, Willow Smith.

Pinkett Smith interviewed T.I. and his wife, Tameka “Tiny” Harris on her Facebook Watch show, Red Table Talk on Monday. T.I. was on the show to discuss his controversial statements about his daughter’s virginity and the lengths he went to in order to ensure she stayed that way. The rapper said he was “incredibly apologetic” to his daughter for his public comments.

Pinkett Smith told T.I. that even her husband slips up from time to time, but that he has her and 19-year-old Willow to get him back in line.

“I understood that because I’m in this house with Will and he be saying the craziest stuff. He don’t understand the level,” Pinkett Smith said. “And thank God he has me and he’s got Willow… we educate that joker before he leaves this house. You know what I mean?”

“He’s one of those that likes to tell stories and sometimes goes too far,” Jada explained.

When he goes too far, she and Willow are there to help educate Will, Jada said.

“Willow has gone at her dad several times for very insensitive comments, whether it’s around menstruation or, you know, ‘You must be PMS-ing,’ and she’s like, ‘That right there, we not gon’ do that,’” Jada said. “Every day, it’s a work in progress.”

The show touched on the challenges men have when raising girls, with Jada suggesting that what has helped her and Will is to have boundaries.

“There’s certain things about raising a man that I can’t know,” Jada explained on the show. “I would tell [Will], ‘Love your daughter, let me teach her,’ because there’s certain sensitivities that you might not understand and have just because of your relationship in the world is different than a woman’s relationship.”

T.I. said he wanted to do the show to “clear up any misconceptions that have been surrounding how we interact and parent and what is appropriate and inappropriate.” Tip said at the time of the initial podcast interview, he was in a lighthearted mood and was cracking jokes and that this spilled over into the interview.

“From a place of truth, I began to embellish and exaggerate and I think a lot of people took it extremely literal,” TI said, adding that his interview upset his daughter. “She did have a problem with me talking about it, however, and I understand that, and I am incredibly apologetic to her for that,” he said. “She understands my intentions and she knows who I am, who I’ve always been.”

Watch the entire episode below: