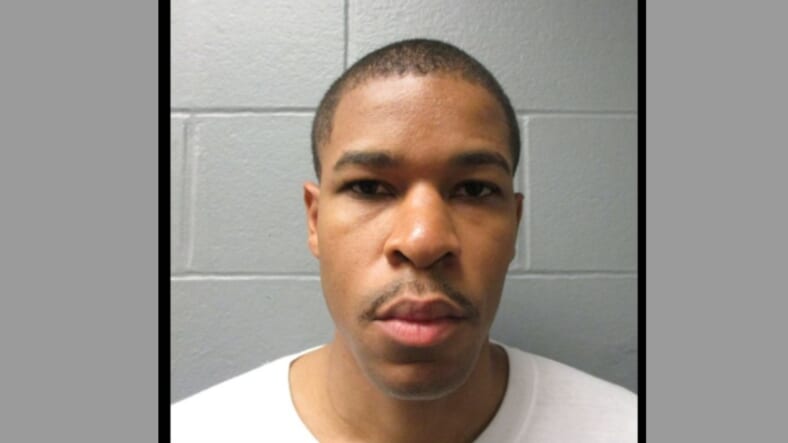 A Cleveland police officer pleaded guilty to an unthinkable crime after he was arrested for urinating on a 12-year-old girl whom he tried to proposition as she was sitting at bus station this summer.

Solomon Nhiwatiwa, 34, faces a maximum of 7 1/2 years behind bars for felony charges of attempted kidnapping, pandering obscenity, disseminating matter harmful to juveniles and endangering children, according to Cleveland.com. In addition, Nhiwatiwa has to register as a sex offender for the next 15 years and will never be able to work as a police officer again.

In exchange for the guilty plea, prosecutors have decided to drop assault charges, as well as interfering with custody and public indecency charges.

On Aug. 16, the victim was waiting for her school bus as Nhiwatiwa, who was off-duty, drove up to the bus stop and asked the girl if she needed a ride to school, according to Cleveland.com. Prosecutors say the girl refused his offer and he drove off. Then, Nhiwatiwa returned a short time later, took out his cell phone, hit the record button and started to record himself urinating on the victim before driving away a second time.

Someone in the neighborhood would later call the police to report seeing a suspicious person who was looking into cars. That person was identified as Nhiwatiwa. The neighbor’s call to police occurred around the same time the victim’s mom called 911.

Police were able to tie the two incidents together after DNA from the girl’s clothes matched Nhiwatiwa’s, prosecutors said.

Investigators seized Nhiwatiwa’s phone after he was arrested, but have so far been unable to crack his security code and access photos, videos, and any applications he downloaded. Nhiwatiwa has been locked up on $300,000 bond since his August arrest.

Cuyahoga County Prosecutor Michael O’Malley said the plea deal ensures Nhiwatiwa will be sentenced to prison and that he never again serves as a police officer.

“He’s now been held accountable, he’s going to be sentenced to prison,” O’Malley told Cleveland.com “My best wishes for that young child in the future as she goes on with her life.”

O’Malley also pondered how Nhiwatiwa passed psychological testing and slipped through the hiring cracks, saying that the ex-cop is “clearly a sick individual.”

“You wonder how this individual slid through the cracks,” O’Malley said. “Hopefully we can improve the testing in law enforcement so that individuals like this never put a badge on again.”

Nhiwatiwa began working as a Cleveland officer in 2014. He had reportedly been disciplined four times in those five years, for losing his portable radio, calling a woman “sir” multiple times and erroneously taking down her personal information, and taking several hours to respond to a man lying face down in a field.

Before he joined the Cleveland police force, Nhiwatiwa was also once involved in a fatal shooting as a security officer.