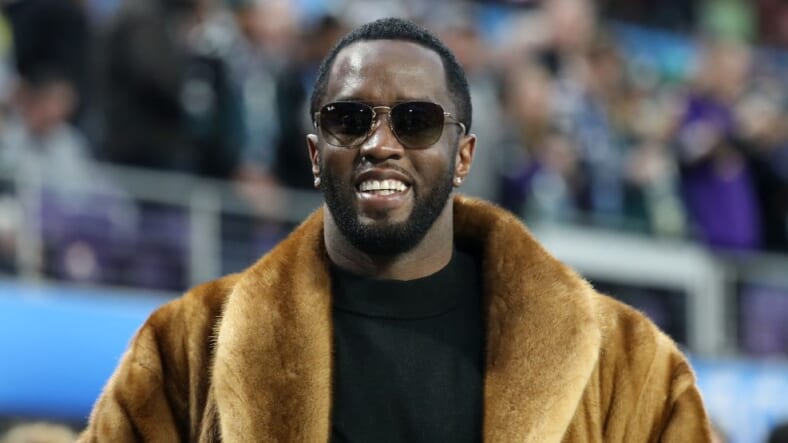 MINNEAPOLIS, MN – FEBRUARY 04: Rapper Sean “Diddy” Combs looks on during warm-ups prior to Super Bowl LII between the New England Patriots and the Philadelphia Eagles at U.S. Bank Stadium on February 4, 2018 in Minneapolis, Minnesota. (Photo by Rob Carr/Getty Images)

Sean “Diddy” Combs is getting recognized as a trailblazer in the music industry.

Combs, a rapper, producer, actor and founder of Bad Boy Records, is set to receive the 2020 Industry Icon Award at Clive Davis’ Pre-Grammy Gala on Jan. 25, 2020, one day before the 62nd annual Grammy Awards.

“For nearly three decades, Diddy has fused his boundless creativity and sharp entrepreneurial spirit to create timeless art and build brands and institutions that have shifted our global music culture,” said Deborah Dugan, President/CEO of the Recording Academy, in a statement. “By bringing the music and lifestyle of East Coast hip-hop to the masses, he was an early reminder of music’s unifying ability to flip our perceptions and broaden our connections to all corners of the world. Over the years, Diddy has persistently empowered other music creators and we’re honored to celebrate his culture-shaping impact at this year’s Pre-Grammy Gala.”

READ MORE: Mariah Carey’s ‘All I Want for Christmas’ hits No. 1 for first time since 1994 release

Combs, who has gone by the names “Diddy,” “Puffy,” and “Puff Daddy,” will be celebrating his award just two months after the hip hop legend turned 50. Diddy, who is being honored for his “trailblazing career and continuous influence on the music industry,” called the honor a “blessing.”

“Clive Davis and Arista Records gave me a chance when I was starting Bad Boy Records, he was one of the first industry executives to really believe in me. I’m forever grateful for him,” Diddy said in a statement. “To be honored at this year’s Pre-Grammy Gala and receive the Industry Icons Award is truly a blessing.”

During his storied music career, Diddy has won three Grammy’s and has had five No. 1 songs on the Billboard Hot 100 and 15 songs in the top 10 as a recording artist. Under his reign at Bad Boy, the label has seen at least 70 albums reach the Billboard 200 and more than 100 songs make it to the Hot 100 list.

“It’s personally so gratifying that Sean ‘Puffy’ Combs is this year’s icon. He fully deserves this wonderful recognition,” said Davis, according to RollingStone. “From his past innovative and creative contributions right from the very inception of the hip hop revolution, to his many memorable appearances at the pre-Grammy Gala as both speaker and performer, it’s all come full circle. I couldn’t be happier for Sean as a dear friend and colleague.”

Past Industry Icons Award recipients include Berry Gordy, JAY-Z, Clarence Avant, David Geffen, and Lucian Grainge. The Producers & Engineers Wing of the 2020 Grammy Awards will also be honoring Dr. Dre at a Jan. 22 ceremony at Village Studios in LA.