Demetrius Smith unravels while trying to explain why he helped R. Kelly, and now believes his actions were 'foolish' 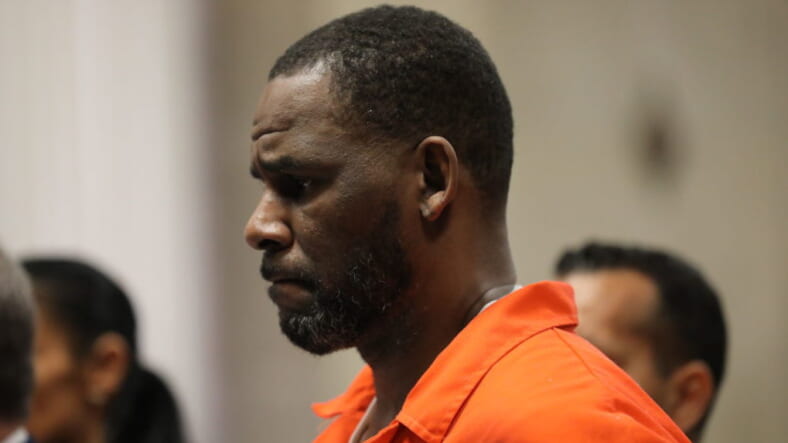 The former tour manager for disgraced singer and accused pedophile R. Kelly now admits he suggested getting a fake ID for late singer Aaliyah, who was underage, so the two could marry.

Demetrius Smith told TMZ Live, however, that he had good intentions when he obtained the identification to make it appear 15-year-old Aaliyah, whose given name was Aaliyah Dana Haughton, was old enough to wed Kelly, then 27, back in 1994 in Illinois. Smith said that he was hoping to buy time to come up with an alternative to the pair getting married.

“I came up with the idea to do that,” Smith told the show this week.

Smith’s interview comes in the same week that Kelly, 52, whose given name is Robert Sylvester Kelly, pleaded not guilty to an indictment in Brooklyn, N.Y., on charges that he paid a public official to provide a fake ID for Aaliyah. Kelly appeared in court via live stream from imprisonment in Chicago, where he awaits trial in other cases.

He said he “knew that Aaliyah was young” but there were many people in the entourage pushing for the marriage to happen and to happen quickly.

“The ID that I did get for Aaliyah did not have her age on it at all,” Smith said. “Robert really didn’t have anything to do with that other than me suggesting it with other people.”

Smith also hinted that Kelly was aware that Aaliyah was 15 at the time.

“He did marry Aaliyah, OK? That’s as much as I’m going to say with that,” Smith said.

Smith told the show that his motivation was not only to come up with a Plan B, but he also wanted to keep his job. “I didn’t want to get pushed out.”

He added that he is aware he did not do the right thing.

READ MORE: Prosecutors in R. Kelly case use marriage to Aaliyah to prove singer needs to remain behind bars

“It was a foolish thing for me to do,” he said, adding he should have contacted Aaliyah’s parents.

The marriage was annulled months later at the request of Aaliyah’s parents. The late singer died in a plane crash in 2001.