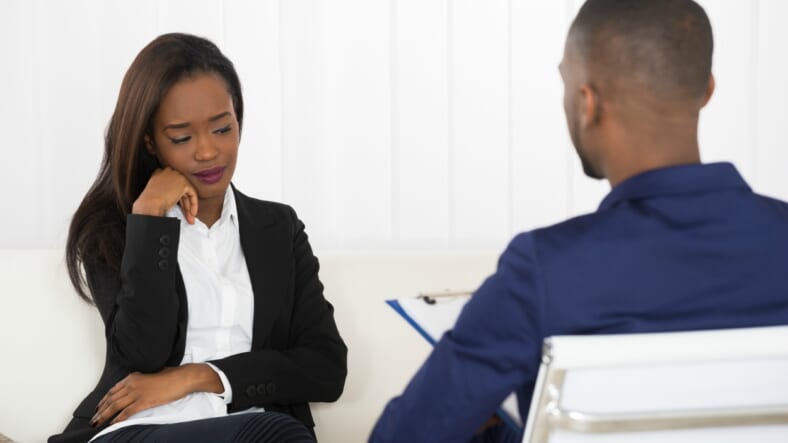 With mental health being such an important issue shrouded in stigma, a new app aims to bring much needed access to mental health services to the Black community.

Senegal native and former investment banker Eric Coly, 45, created Ayana after a close friend confided to him that she had been having a hard time finding a therapist, particularly a Black one, Fast Company reported.

“Take aside the stigmatization and the lack of access to insurance and resources, [minorities] tend to only find people whom they aren’t able to relate to quite well,” Coly, who also suffers from depression, said. “And they essentially give up. They buy into the notion that there’s no one out there who can help them.”

According to Fast Company, of the 100,000 therapists in the U.S, 86% are white, 5% Hispanic, 5% Asian, and 4% African American, which has made it more difficult for Black people to find a therapist that looks like them. Many in the African American community have built a skepticism around the mental health industry that has been passed down through the generations. Recently, there has been an effort to change this stigma and Ayana intends to be evidence of this.

Ayana features a matchmaking algorithm based on several factors that include, gender, ethnicity, culture, class, language and more. Once a match is made, users can text and call therapists anonymously.

Noting that Black patients spend two-thirds of their counseling time to talk about issues regarding race, Coly said it was important that they did not feel like they had to teach the counselor about these issues.

Ayana, which is also LGBTQ friendly, is set to launch on Apple and Android in early January. According to Fast Company, monthly packages start at $140 a month for two sessions and unlimited texting, a high price point for lower-income individuals, but Coly hopes to work on more affordable plans as well as subsidize cost by partnering with community-based organizations.