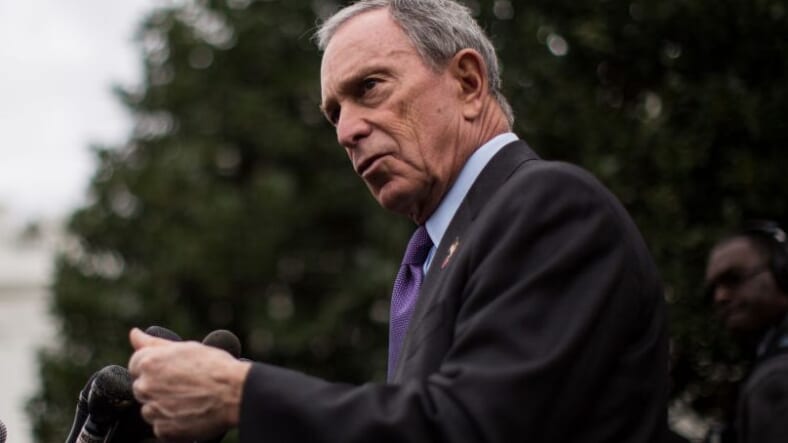 Former New York Mayor, multi-billionaire, and 2020 presidential hopeful Michael Bloomberg has landed himself in hot water over allegations that his campaign utilized prison labor; now he is denying any knowledge of the exploitation.

As reported by theGrio.com, on Christmas Eve news broke that Bloomberg, who recently put his hat in the already crowded 2020 Democratic race, exploited prison labor. The Intercept reported that his campaign inadvertently used this labor to make calls on behalf of his campaign. The campaign hired a third-party vendor to operate its call centers. Two of the call centers used by the New Jersey-based company, ProCom, were operated out of state prisons in Oklahoma. According to The Intercept, at least one of the call centers, incarcerated people were contracted to make the calls.

Though ProCom’s founder, John Scallan, said he pays inmates the Oklahoma minimum wage of $7.25/hr, the Department of Corrections website stated that inmates can only make a maximum of $20 a month.

Bloomberg went to Twitter for damage control, claiming he had no idea that ProCom utilized prison labor.

“Earlier today, a news outlet accurately reported that a subcontractor for one of our vendors was using prison workers to make phone calls on behalf of my campaign. After learning this, we immediately ended our relationship with that company.”

Earlier today, a news outlet accurately reported that a subcontractor for one of our vendors was using prison workers to make phone calls on behalf of my campaign. After learning this, we immediately ended our relationship with that company.

“We only learned about this when the reporter called us, but as soon as we discovered which vendor’s subcontractor had done this, we immediately ended our relationship with the company and the people who hired them.” Bloomberg submitted via a prepared statement. “We do not support this practice and we are making sure our vendors more properly vet their subcontractors going forward.”

“We didn’t know about this and we never would have allowed it if we had,” said Bloomberg spokesperson Julie Wood. “We don’t believe in this practice and we’ve now ended our relationship with the subcontractor in question.”

According to The Intercept, Bloomberg was not the first politician to use prison labor for their campaigns. In 1994, the late Washington State Republican Congressman Jack Metcalf to make campaign calls. Metcalf was re-elected for three terms.