Cory Booker responds to Mike Bloomberg’s “well-spoken” comments, assures there is “no beef” between friends 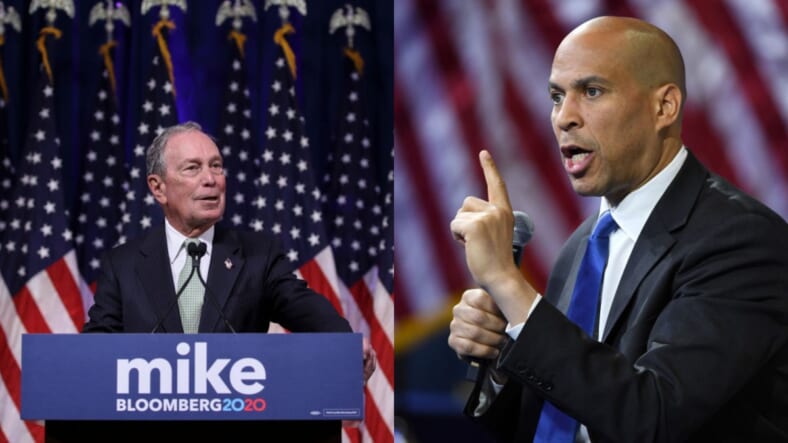 Cory Booker recently responded to fellow presidential candidate Michael Bloomberg‘s, “well-spoken,” comment, acknowledging the possible racial undertones, while assuring folks that there is “no beef,” between the two friends.

“It’s not up to me to be his teacher on this issue. It’s not enough to say, ‘I’m not a racist.’ If racism exists, you need to be an anti-racist. You need to be working every day on these issues,” Booker  told ABC News‘ Rachel Scott in an interview on Friday.

He continued, “Whoever is our nominee should not have to be explained to about why comments like that could be found to be offensive to a very important part of our constituency.”

The exchange between the New Jersey senator and former New York mayor comes a little less than two weeks into Bloomberg’s entry into the 2020 presidential race.

It all started when Bloomberg was asked about the scarcity in diversity, as it pertains to the current Democratic candidates, to which Bloomberg revealed that he and pal Booker actually endorsed each other on more than one occasion.

“He’s very well-spoken,” Bloomberg said of Booker, during a sit-down with CBS This Morning. He added, “He’s got some good ideas.”

Bloomberg than continued to boast about Booker.

“I can just tell you, he is a friend of mine and he is a Rhodes Scholar, which is much more impressive than my academic background. I envy him. And he can certainly speak for himself.”

Booker later told ABC News that Bloomberg has since reached out to him, following the seemingly controversial comments, and that he still considers the fellow presidential hopeful a “friend,” adding that there is “no beef,” between the two.

“We all say things we shouldn’t, but this is something our eventual nominee should know. If they don’t it is going to hurt them in our ability to win,” Booker stated, while touching on the importance of  having Democratic leaders who “can authentically connect” to the Black community.