After serving in WWII, Korean and Vietnam, famed military man acknowledged by the president with top honorary rank 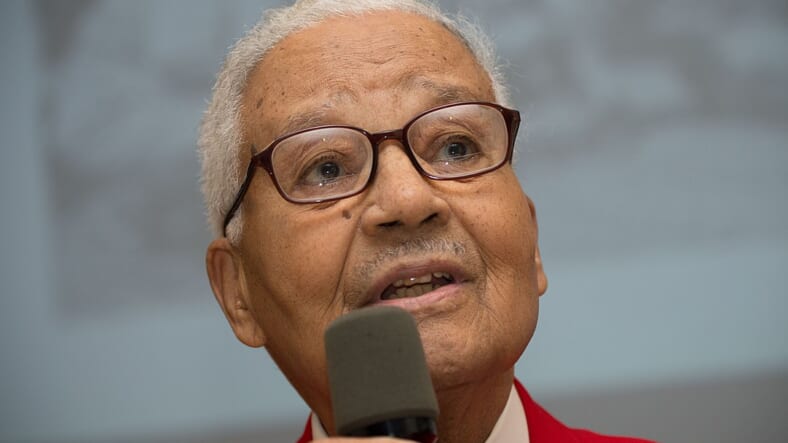 A member of the famed Tuskegee Airman received a much-deserved promotion following 30 years of military service.

Charles McGee, a resident of Bethesda, Md., was just promoted to Brigadier General after Donald Trump signed the National Defense Authorization Act of 2020 into law on Dec. 20.

“It’s wonderful to be recognized for service and what it means to serve,” McGee said. “Certainly to receive that honorary rank is very meaningful.”

WUSA9 reported that McGee, who was a member of the famous Red Tails Squadron, flew 136 missions over Nazi Europe while white pilots were sent home after 50 missions. Following his service during WWII, McGee went on to serve during the Korean and Vietnam wars before his retirement as a colonel.

“Col. Charles McGee’s service to our country is remarkable and fully merits this distinguished honor,” Sen. Chris Van Hollen (D-Md.) said. “I was proud to fight for the inclusion of this promotion to commemorate his work and his sacrifice. This progress comes just days after Col. McGee’s 100th birthday, and I could not think of a more fitting recognition from a truly grateful nation.”

Prior to the honorary promotion, McGee had just celebrated his 100th birthday for which he piloted a Cirrus Vision Jet, according to the Aircraft Owners and Pilots Association. Last year, for McGee’s 99th birthday, he co-piloted a blue-and-white HondaJet over the Virginia countryside.

“He had a high school counselor who said he’d make a good truck driver,” McGee’s son Ronald, who followed in his father’s footsteps to become an aviator, told the Washington Post at the time. “So he went to college and got an aerospace engineering degree.”

A book about McGee’s life, Tuskegee Airman: The Biography of Charles E. McGee, Air Force Fighter Combat Record Holder is available for those interested in learning more about the famed pilot. The book was written by McGee’s eldest daughter, Charlene McGee-Smith, Ph.D.