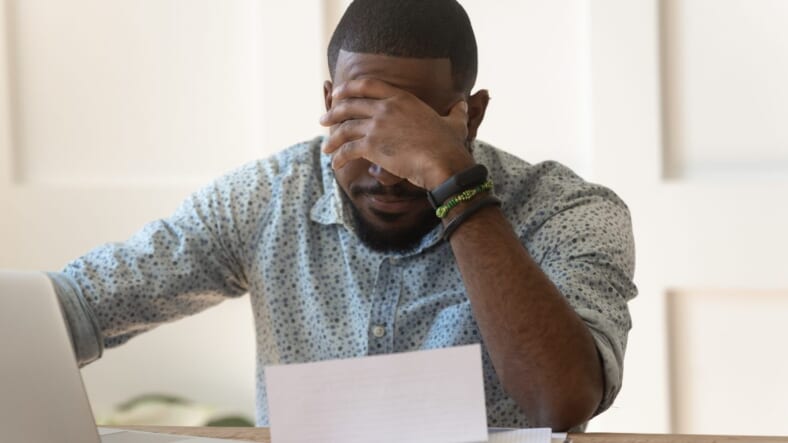 Black business owners are routinely denied bank loans, even if they have good credit scores and consistent annual profits.

More than any other racial group,Black entrepreneurs more frequently hear “no” when going after business loans, according to St. Louis Public Radio.

One case in point is Freddie Lee James and his wife, Deborah, who started Freddie Lee’s Gourmet Sauces in St. Louis back in 2010. The couple has a good credit score and $200,000 in annual yearly profits. Their barbeque sauce is currently sold at more than 1,000 retail stores across the United States and Jamaica, including Home Goods, Schnucks, Dierbergs, Straub’s and Hy-Vee, yet they can’t qualify for a business loan.

“We have 750-760 credit score. … We pay all our debts. We don’t have no problems with that. But they were saying that the sauce business is not generating enough capital to their standards,” James said to St. Louis Public Radio.

Deborah James said without bank funding, it’s tough to expand their business to achieve the bank’s requirements for volume. She said it’s impossible to reach the sales quota achieved by well-financed brands while working off of a small-business budget, according to St. Louis Public Radio.

To finance the business, the couple used $100,000 from Freddie Lee James’ 401(k) and then went to Justine Petersen, a St. Louis microlender, for help. The nonprofit organization works with small business owners to help them improve their credit and qualify for affordable loans.

Galen Gondolfi, a senior loan counselor and spokesman at Justine Petersen, said there are many business owners in the same predicament as the Jameses.’

“St. Louis’ seemingly provincial lending struggles not only with entrepreneurs that don’t historically ‘look like them,’ but (also) the types of businesses that are unique to these populations,” Gondolfi told St. Louis Public Radio in an email.