Angelica Ross is the new face of Louis Vuitton campaign 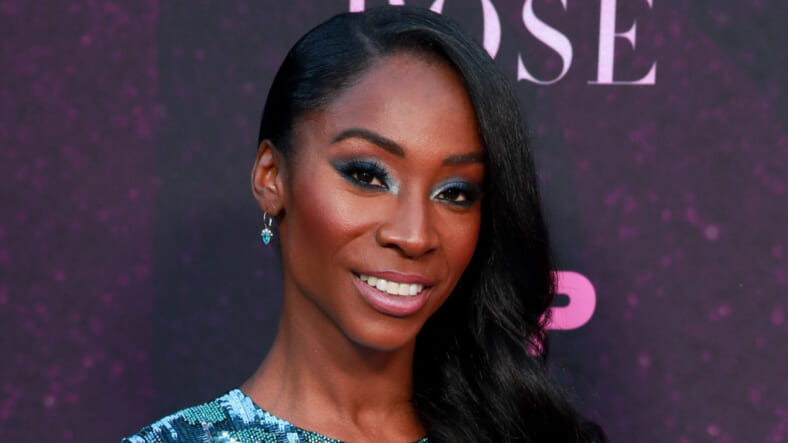 Angelica Ross, actress and transgender advocate, continues to make her mark in the entertainment industry as she now adds model to her growing list of accomplishments.

In the new 2020 ad campaign for fashion brand Louis Vuitton, the Pose star is shown against a backdrop in a vintage horror movie-inspired poster, a nod to her appearance on FX’s American Horror Story: 1984.

The ad reads, “When the future knocks, open the door!”

According to NBC News, Anthony Ramos, head of talent at the LGBTQ media advocacy group GLAAD, believes that Ross’ inclusion in the campaign is a “major step forward” for visibility among the community but “specifically for trans women of color.”

Ross is best known for her breakout role as Candy in the groundbreaking series FX’s Pose. She left the show in its second season after the character was killed off to spotlight the violence that transgender women of color face.

“I must applaud @angelicaross for her tour de force of a performance as Candy Abundance Ferocity. It has been a gift to watch her blossom as a true star and undeniable talent. Though she will always be our Candy, and our show suffers this incredible loss, I am elated that the world will get much more Angelica,” Ryan Murphy, showrunner of Pose, declared on social media at the time.

Murphy was true to his word as Ross made history, becoming the first trans actress to star as a series regular on two television shows when she joined the cast of American Horror Story: 1984. Her TV debut was in 2015, starring in Caitlyn Jenner‘s E! reality series I Am Cait and she then moved on to Her Story, Claws, Doubt and Transparent.

Ross tweeted that she asked the company if she could wear her natural hair and was embraced to do so. Pose co-star Indya Moore tweeted her excitement that the fashion brand featured a “dark skin trans women talent” and said it’s “giving us what we literally have been looking for.”

I asked @LouisVuitton if I could rock my natural hair in an Afro and they came back with an enthusiastic YES ?✊? RBF on ? pic.twitter.com/sbOpPkTDkT

I ❤❤❤❤❤!!! SO many positive emotions wrapped up in my joyful tears. So so happy. https://t.co/cwcTMkBAod