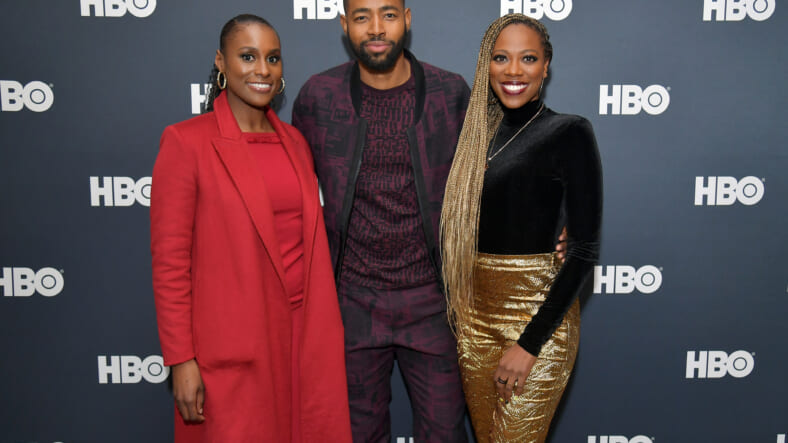 Ever since news dropped that Insecure would be returning to the small screen for its fourth season in April, fans have been wondering what to expect. The cast of the hit HBO series sat down to discuss what’s next at the Low Key Insecure Dinner at the Sundance Film Festival.

“I think season 4 is gonna be…I do think people will be very excited about what’s about to happen in season 4,” teased showrunner, Prentice Penny. “A big thing is we are examining everybody’s relationship as ‘Is this a season relationship or a reason relationship?’ Are these relationships that need to continue or need to end?”

The group discussed their commitment to representation on the show and behind the scenes, explaining how they found so many women and people of color to work on the super successful series.

Jay Ellis revealed that he directed episode 407 and shot it in Mexico, so fans will get to see his skills behind the camera this time around.

The exclusive event was part of Our Stories to Tell, a 3-day pop-up experience that celebrates HBO, TNT AND TBS’ commitment to multicultural storytelling, creators and audiences.

On Friday night, they hosted the HERstory, an intimate dinner in celebration of the talented Black women running the industry. The room was filled with industry insiders and celebs including Robin Thede, Kerry Washington, Bevy Smith, Folake Olowofoyeku, Gina Yashere, and more.

Insecure returns to HBO on April 12.